Home / WORLD / Killing civilians? Fine, if you’re the US

Killing civilians? Fine, if you’re the US 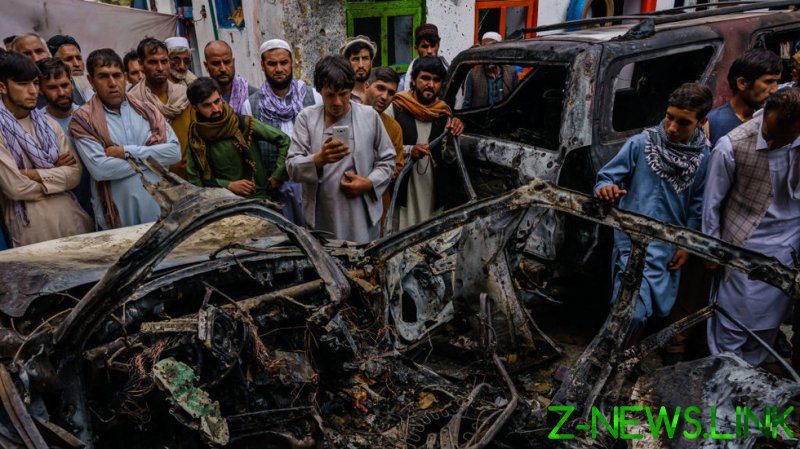 In the midst of the chaos in Afghanistan as the United States withdrew, failed intelligence on the ISIS-K group led to an American drone strike which killed a number of innocent people in Kabul.

Several months on, an ‘independent Pentagon review’ into the incident found that there was no misconduct or negligence behind the attack, and recommended no disciplinary action for those responsible, who simply had reached “the wrong conclusion” in selecting their target.

The review will come as no surprise to those not blinded by the uncritical mainstream media cheerleading of US foreign policy. America has unapologetically, and without consequences, slain civilians again. It’s a recurring theme across many countries, especially those it has attacked or invaded, from Afghanistan, to Iraq, to Syria.

If, on the other hand, such an attack was committed by China, Russia, Iran or any other US opponent, it would have been condemned loudly by the mainstream media and political elite, who would have branded it an act of brutality and a war crime. The US has slapped sanctions on other countries for far, far less in the name of protecting people or ‘human rights.’

Consider, for example, the scores of sanctions it placed on Cuba after a single day of protests. Is it any wonder, then, that the US-led ‘international order’ is facing rising disillusionment and resistance? And that it is increasingly perceived as little more than the aggregation of core American interests, as opposed to the so-called exceptional values and rule of law which it claims to adhere to?

Actions ultimately speak louder than words, and what is seen in this behaviour is a “do as I say, not as I do” global system that is fundamentally unequal, deceptive and unjust.

The US and its closest allies – in particular those in ‘the Anglosphere’ – frame themselves as the most righteous, benevolent nations in history. They distort what has otherwise been centuries of naked Imperialism, conquest and expansionism and, through the medium of World War II, frame to their populations a grand mythology that they are now the saviours and protectors of the world, which is enthusiastically lapped up.

This narrative of self-exceptionalism translates into a foreign policy which legitimizes aggression against others not for what it is – war and terror – but as an extension of the greater good committed to the interests of those who they target.

In doing so, the greatest deception of the US and its allies has been pretending that the connotation of “national interest” in terms of power or wealth does not exist amongst themselves, but only in those they oppose. For them, “national interest” is represented by the values which they claim are universally applicable to all. The conflicts and complicated material and socio-economic realities of world politics are simplified into a fairy-tale narrative of good or evil.

Yet because all almost centres of power, capital and media buy into this dubious mythology, it becomes self-confirming to the extent that those who are the victims of it are disempowered and so cannot speak out, distorting reality. If you believe the mainstream media wholeheartedly, you might be forgiven for truly thinking that popular opposition to the US in the world does not exist and is merely a fabrication, because everyone is presumed to automatically align with its values.

Hence the invasion of Iraq in 2003 was not depicted as what it really was, the US plundering of a strategic oil-rich nation, but the liberation of the country from a tyranny that was supposedly a threat to the world. All the Iraqi civilians who died in the invasion and in the subsequent insurgency? The US saved them, apparently.

This is why the situation in Afghanistan is an important rendition of the truth which is hidden. As we have seen, the US has the power and capabilities to willingly commit atrocities against people in impoverished countries who have no voice, yet brush them under the carpet as if they never happened, affirming the same old exceptionalism it has always professed to.

The mainstream media at large play these acts down, or ignore them entirely. But, for someone else besides the US or its supporters to do such a thing is met with a sweeping display of self-righteousness, posturing and condemnation.

But this hypocritical selecting of who ought to be accountable and who isn’t is revealing of the two-tier dimensions of international relations and the two-tier categorization of human life. It promotes the idea that it is perfectly acceptable and permissible for people in the global south to die in the name of US foreign policy goals, so that the west can sustain its own privileges.

And for the people of Afghanistan themselves it transpires that US-style ‘democracy’ – as the Americans have attempted to impose upon them for the past 20 years – didn’t truly matter at all. As soon as the US left, the political experiment it had placed on the country was quickly found to be built on sand. The idea of America as a saviour never truly existed in practice, not just because it was there for other reasons, but also because it believes its own hypocritical story so much that it never understood the country on its own terms, and never thought it needed to.

In this context, then, even though we cannot endorse their treatment of women, perhaps we should see the Taliban less as evil barbaric terrorists who the Afghan people wanted to keep at bay, and more as empowered Pashtun nationalists who found support from those wanting to end the occupation of their country and topple the corrupt US client state made to govern them.

In the midst of this callous drone strike, which the US deems itself unaccountable for, it’s understandable why the mood in Afghanistan may have been one of good riddance. Yet the lie of US exceptionalism lives on, as it flounders from one target to the next.