“Killer ride”: a Christmas Thriller that was never filmed

A little over a week left before the New year, so it’s time to remember themed horror films that could be reviewed to create a festive atmosphere. Comrade Felix Kriventsov, for example, has compiled his top 10 Christmas horror. But what about pictures that were never taken? Yes, there were some.

Slayride. My imagination suggests that it can be translated as “Killer ride”. Interesting fact: in the early 80s under the same name could come from two films, but in the end don’t have any. The first burned down in production hell, and the second made it to screens, and even received a cult status, but on the way changed the title, and now known as “silent night, deadly night”.

But what happened to the first Slayride? The project was announced several times, but until the set never got. And the possible reason could be just the same film developed in parallel. As a result, one twin ate the other in the womb of the industry.

And I’m still curious, waiting for the picture failure or the success in that case, if it was filmed and released in cinemas? It is known that the “Killer ride” was a project of John and Anthony Gentile, who participated while in the marketing of “Star wars”, “Carrie” and “Saturday night Fever”. But judging by the synopsis, some Parallels with “silent night” would remain even after changing the title:

Story that happened with a boy in childhood, leaves an indelible mark in the mind of the adult, which is converted now into a creepy creature of your own imagination. “Chance” kidnaps the child from a dysfunctional family, and in a strange way trying to save his son reunite parents. That’s just a meeting with the dreaded “Chance” they will never forget. 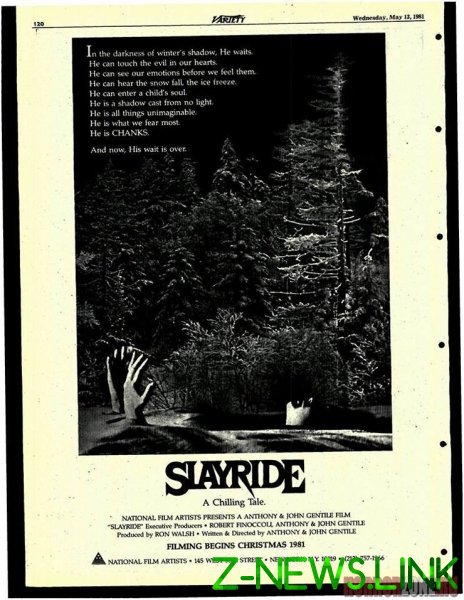 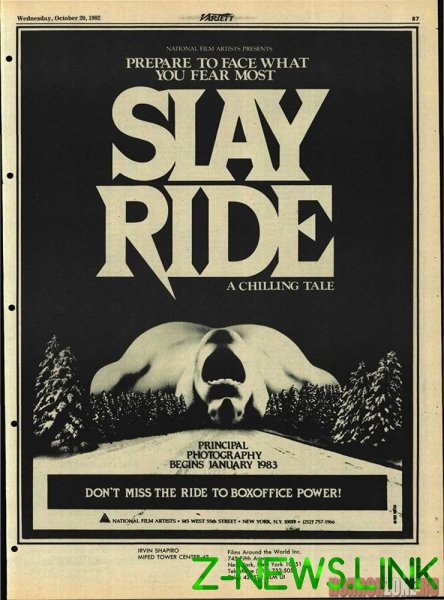 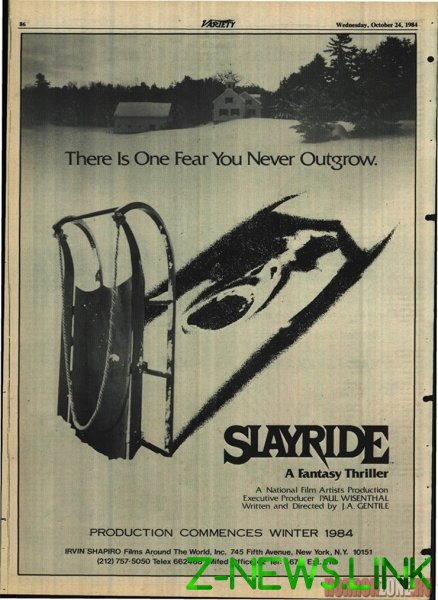