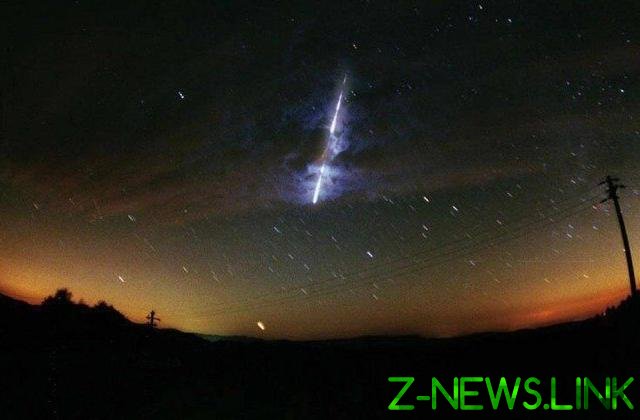 To the question — can more or less large asteroids to collide with Earth? astronomers give a definite answer: Yes. And not just “can” and collision is almost inevitable. 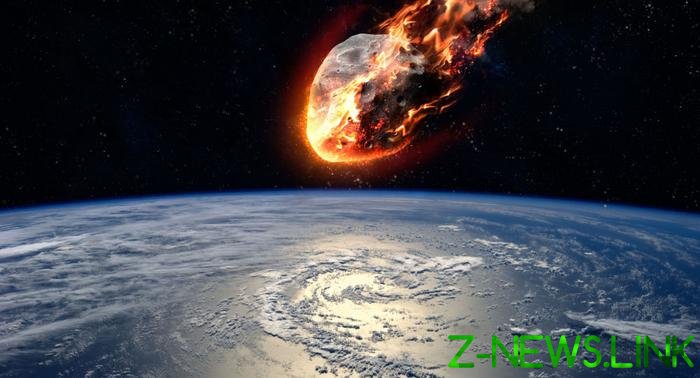 The earth was repeatedly exposed to similar impacts from space. However, mostly such collision occurred in extremely remote from our time eras. The closest to us episode is a blast, as expected, icy comets in the area of Podkamennaya Tunguska on 30 June 1908.

Another episode occurred about 50 thousand years ago, the present territory of Arizona, in the US, where the diameter of the “fresh” crater — about a mile. 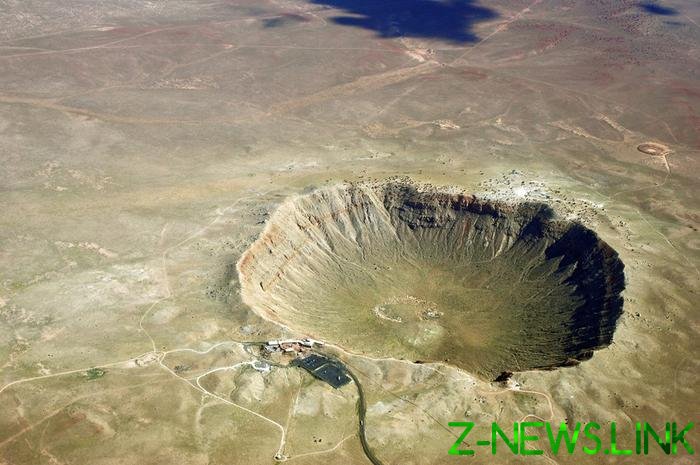 Finally, the biggest blow Land supposedly 65 million years ago— 170-kilometer crater on the Yucatan Peninsula that formed the Gulf of Mexico. Many scientists believe that this collision resulted in such major changes in the environment, which led to the total destruction of the dinosaurs and the almost complete change of fauna and flora of the Earth.

Whence can come this asteroid? Exploring these small celestial bodies, astronomers have discovered that not all giant fragments of building material of the Solar system found shelter in the “asteroid belt”.

In the early 30-ies of the last century was discovered two groups that molipsesti a danger to the Earth. One of them is the cluster of asteroids with a friendly name Amor — most of the time revolves much closer to the Sun than the asteroid “belt”, and crosses the orbit of Mars. Then “Amora” dangerously close to the Ground and go further in the direction of the total mass of the “belt”.

Another group — “Apollo” — more dangerous. These asteroids and most of the time are between the Sun and Mars and do cross Earth’s orbit. 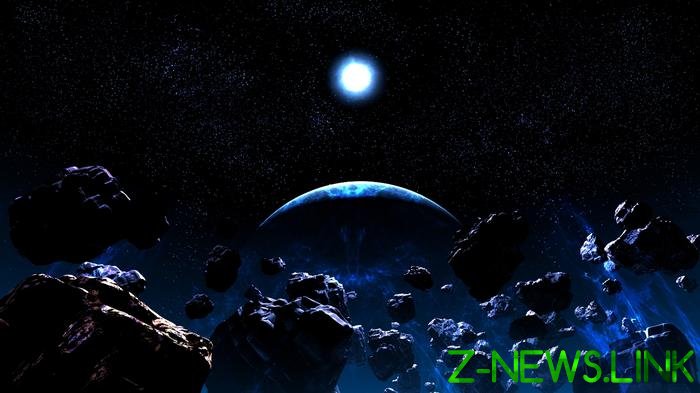 However, the most disturbing group of asteroids was opened only in 1971. Ateny, a large cluster of celestial bodies that spend considerable time inside earth’s orbit, closer to the Sun, being hidden for the eyes of the observer daylight. Some of these bodies cross the Earth’s orbit and for a short time can be visible in the night sky, but then again cross earth’s orbit and back to the Sun. Any of these asteroids is a bit “deviated” from its course due to a collision with a neighbor, or another reason, could hit the Ground.

What happens as a result of this strike?

The most recent example of a collision, the consequences of which we can assess — the Tunguska meteorite. The fact that after the explosion there was a funnel, gives scientists reason to believe the meteor in the ice of a comet, a small part of which is the size of about 50-100 meters — reached the Earth’s surface.

The explosion of the comet was equal to the explosion of 2 million tons of TNT equivalent. The result was a shaved taiga forest area of 3 thousand km2. Just an amazing accident to have sent the comet in the taiga (of course, if we reject the version with the crash of an alien spaceship) made it possible to avoid casualties. Such explosion, if it occurred in a big city, could lead to the destruction of a significant part of such a megalopolis as Moscow, and the casualties would be estimated in millions. 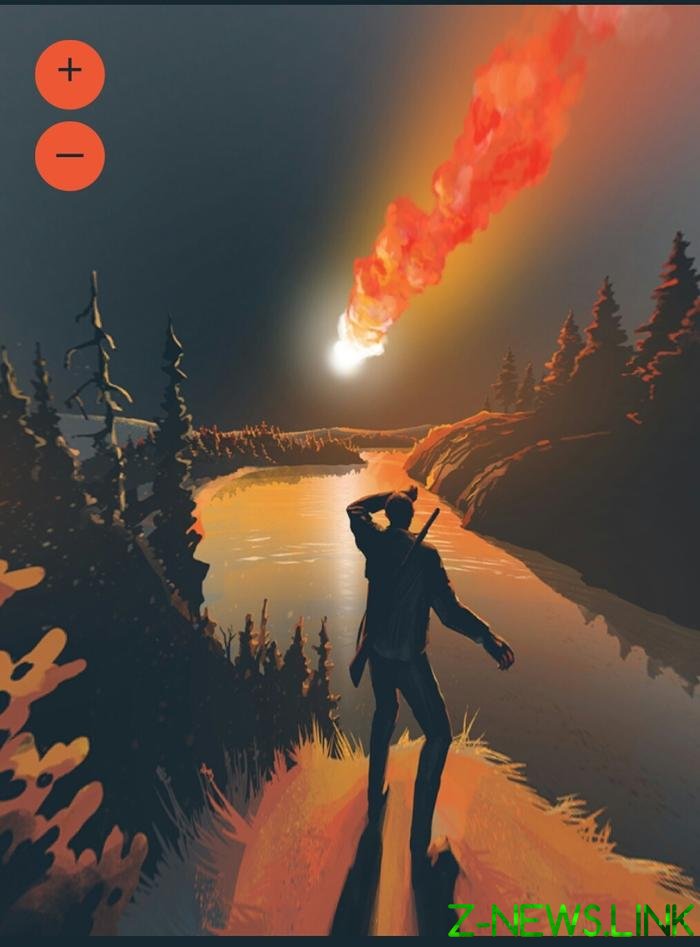 However, the Tunguska meteorite was a small object, which hit on the Ground can occur, according to forecasts of astronomers, about once a century. In the case of repeated collision of our planet with the meteor that fell 65 million years ago in the Yucatan, the consequences are difficult to imagine. First of all, an object with a diameter of about 10 km in the collision with the Ground will raise so much dust that it will cause tremendous dust storm over all continents and oceans. The hot ashes will literally burn the atmosphere, saturating it with toxic combustion products and carbon dioxide. Chemists predict the destruction of the ozone layer and the beginning of copious acid rain. In addition, dust will cover the planet’s surface from the sun’s rays on the Earth will be in darkness and eternal winter.

Of course, biological life is preserved after the impact in the Yucatan. But the lack of sunlight interrupts the process of photosynthesis in plants and will destroy almost all the biological connections. You may survive rats, cockroaches, creatures that live at great depths…

Almost all seismic laboratories around the world recorded the shock wave of the Tunguska meteorite. The shock wave of a ten-kilometer asteroid will pass through the entire planet, triggering earthquakes of at least 9 points on the Richter scale. 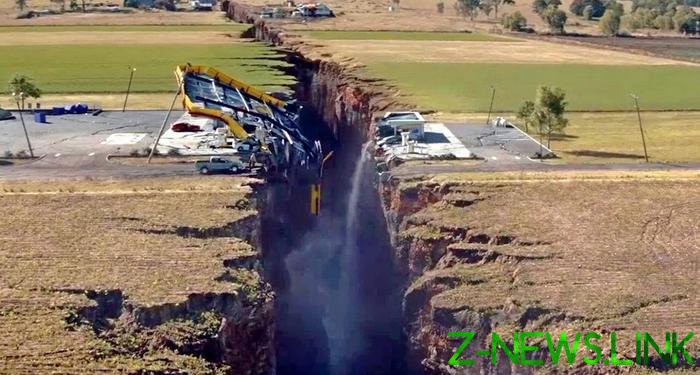 However, the effects of such scale can only cause the object of considerable size. But between 100-meter and 10-kilometer meteorite there is a huge variety of sizes for every taste. And everyone can get so that it will not find it.

For example, fall 100-200-metre meteorite in the area of the Atlantic, the enormous damage from the tsunami threatens to all countries located on the coast. Getting in the Ground kilometer space object will cause, according to forecasts of experts, the death of about one third of the world’s population. And if civilization is to survive, the question is — what? What remains of it? What efforts should be applied to compensate for the damage? How far will be discarded humanity back?

According to the forecasts of astronomers, the study of meteorites, the possibility of collision of the Earth with an object of similar size occurs approximately every 100 thousand years. For the history of this period is not so great. And the risk for the average citizen to die as a result of a meteorite is estimated by experts as equal opportunity to die in a plane crash.