Killed the Russian Ambassador will appear in the game Batman 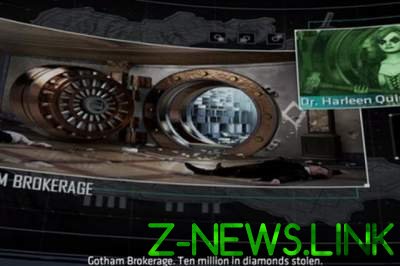 The developers of the new game borrows the body of the victim.

In the computer game Batman: The Enemy Within I saw the pictures of the deceased Ambassador of Russia to Turkey Andrei Karlov. On Friday, October 6, reported the Russian newspaper with reference to the official representative of the MFA of Russia Maria Zakharova.

We will remind, on December 19 in Ankara (Turkey) at the Gallery of modern art was killed, the Russian Ambassador to Turkey Andrey Karlov. Man shot several times in the back of a diplomat, when he gave a speech at the opening of the photo exhibition “Rossioglossum the Turks.” Charles died from wounds in the hospital. According to preliminary data, three people were injured. The shooter was “neutralized”.