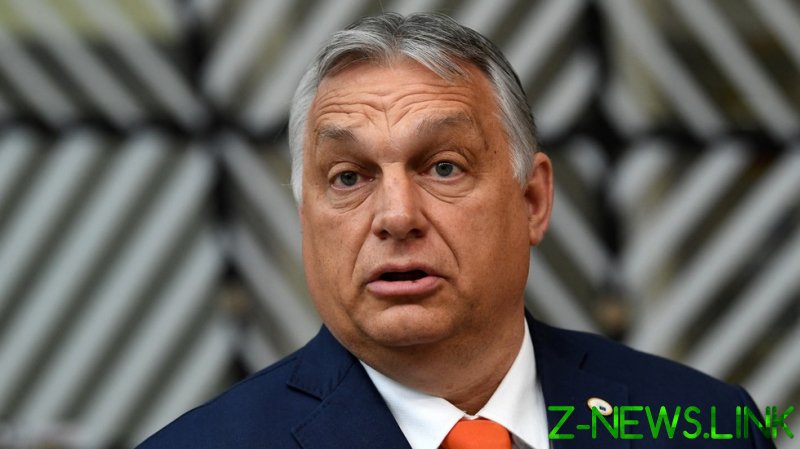 Speaking to Hungarian radio, Orban pointed out that his countrymen would be forced to pay more money for gas without the new deal.

“The prime minister understands the Ukrainian concerns but, in his opinion, he should take care of the interests of the Hungarian electorate,” the 24.hu news portal reported.

This follows a similar statement made by Orban on Wednesday, when he told reporters that Hungary was “a sovereign state” and it could “decide on its own” where to buy gas.

On 27 September, Hungary signed a 15-year contract with Russian energy company Gazprom, agreeing to purchase 4.5 billion cubic meters of natural gas annually. The gas will bypass the territory of Ukraine, reducing the price by cutting Kiev out of any transit fees. On 1 October, Gazprom began supplying gas via the Balkan Stream and Southeast European pipeline.

Much of Russia’s gas output to the rest of Europe goes through Ukraine, and Gazprom pays large sums to Kiev in fees. Earlier this year, Ukrainian President Volodymyr Zelensky revealed that Russian projects to build other pipelines, such as the controversial Nord Stream 2, could potentially cost the country $3 billion every year in lost revenue.

On Friday, Ukraine called on the United States and Germany to impose sanctions on Gazprom, accusing it of using energy as a weapon. However, later that day, Naftogaz of Ukraine CEO Yuri Vitrenko revealed that Gazprom had the right to stop the physical transit of gas, and the new Hungarian deal was not against the terms of the contract between the Russian giant and Kiev.