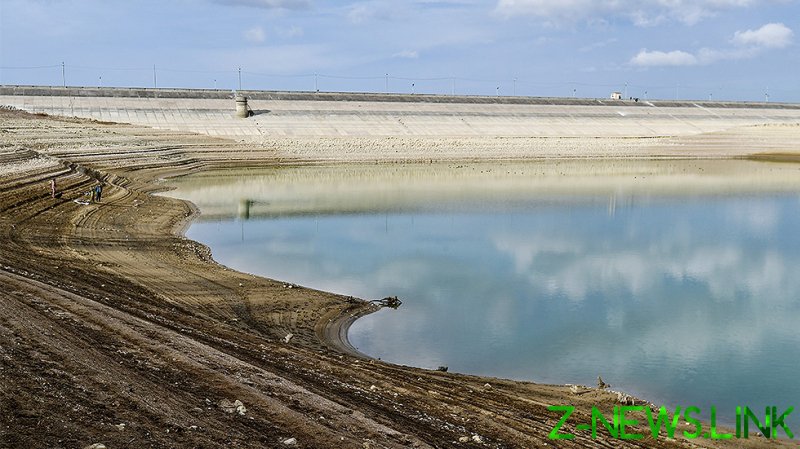 In many parts of the peninsula, water is issuing from taps for only six hours a day. Crimea has experienced water shortages since 2014, when the Ukrainian government built a dam on a canal that had previously provided around 85 percent of the area’s water. The canal was constructed by Moscow, when Russia and Ukraine were both part of a union state.

Since the blockade, Russia has repeatedly accused Kiev of human rights violations. However, Western nations have remained remarkably silent on the matter, as have non-governmental organizations concerned with human rights.

In order to tackle the water shortage, the Crimean authorities have committed to building a desalination plant from next month, with the possibility of constructing more in the future. On Thursday, Ukrainian Minister of Foreign Affairs Dmitry Kuleba revealed Kiev would step in to prevent Russia from alleviating the problem.

“In Crimea, they said that they are trying to attract a large international company to implement desalination technology,” Kuleba said. “[After the announcement] we immediately started work … and we will prevent it from implementing this project.”

In response, Ukraine has been lambasted by Russian officials, with State Duma speaker Vyacheslav Volodin accusing Kiev of hating Crimeans.

”Ukraine has always shown such an attitude towards people in Crimea,” Volodin said. “Having previously cut off freshwater access through the canal, they now want to make efforts to deprive people of water altogether. Of course, they will not succeed.”

Volodin was backed by MP Mikhail Sheremet, who assured that “no one can prevent Russia from implementing this large-scale and vital project.”

“Prevent, blow up, block – every day, the political elite of Ukraine fiercely demonstrate more and more their evil, destructive nature,” he said.

Crimea’s water shortage is reaching a critical point, with the shallowing of reservoirs meaning that many parts of the peninsula have restricted water to just a few hours each day.