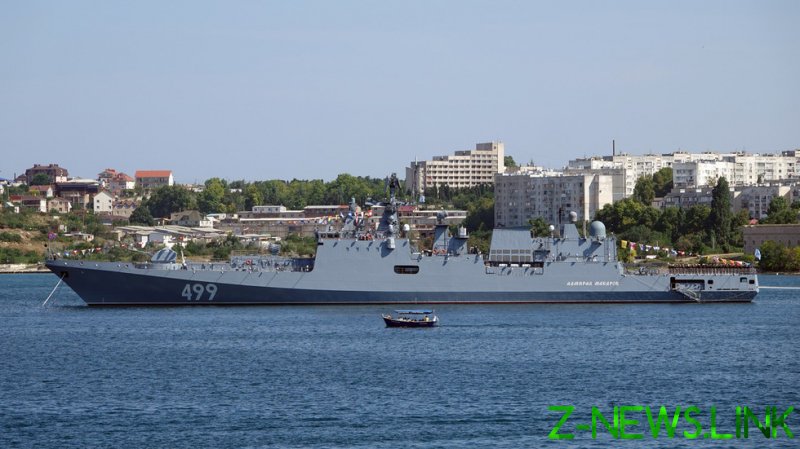 Kiev sees the Crimean Peninsula as a major military hub and a legitimate target for long-range weaponry by the West, a spokesman for Ukraine’s Directorate of Intelligence at the Ministry of Defense, Vadim Skibitskiy, said Saturday.

The official made the remarks as he appeared live on TV channel 1+1, having been asked whether Ukraine could use US-made М142 HIMARS and M270 MLRS multiple launch rocket systems to strike Crimea.

“Today, the Crimean Peninsula has become a hub for the movement of all equipment and weapons that come from the Russian Federation to the south of our state. It is, first of all, a cluster of military hardware, ammunition and materials that are concentrated in the Crimea, and then sent in to supply the Russian occupying forces,” Skibitskiy stated.

Kiev is also seeking to attack the warships of Russia’s Black Sea Fleet, stationed in Crimea, Skibitskiy went on. The warships are being used to launch cruise missiles and therefore are “among the targets that must be hit in order to ensure the safety of citizens, our installations and Ukraine in general,” he explained. 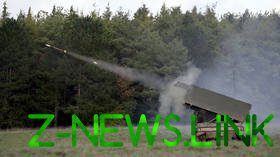 The threat comes a day after Ukrainian Defense Minister Alexey Reznikov announced that Kiev has received its first M270 MLRS systems. The official did not elaborate on whether the systems have already been deployed on the battlefield, nor from where exactly they’d arrived. Earlier, London had pledged to supply at least three systems of the type.

М142 and M270 are effectively two variants of the same system. Tracked M270 lacks mobility of the truck-based HIMARS, yet carries twice the 277mm launch tubes – 12 as against six.

Still, the systems lack the range necessary to outright strike Russia’s Crimean Peninsula. The systems, however, can be fitted with Army Tactical Missile System (ATACMS) modules to launch heavier missiles, boasting ranges of up to 300 kilometers (186 miles).

While Kiev has been looking to obtain such long-range munitions, Washington appears to be reluctant to deliver them over fears they would be used to hit deep into Russian territory and greatly escalate the ongoing conflict. Crimea, however, appears to be a special case, given that neither Washington nor Kiev recognizes it as an integral part of Russia. Crimea voted to leave Ukraine and join Russia in March 2014, following the US-backed Maidan coup in Kiev. 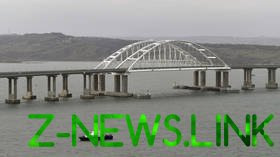 Kiev appears to be fixated on targeting Crimea as a whole and, specifically, the Kerch bridge, constructed to simplify the connection to the Russian mainland. Destroying the bridge has been repeatedly floated as an idea by top Ukrainian officials over the past few months despite the fact that Moscow has seized the southeast of Ukraine, establishing an overland connection to Crimea.