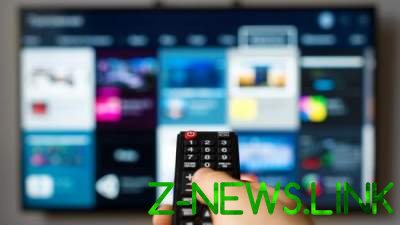 Other regions of Ukraine will go until August 31.

Kyiv and Kirovohrad will be the first to switch to digital television broadcasting.

“In accordance with international commitments, Ukraine continues the process of transition of terrestrial television broadcasting from analogue standard software distribution to the digital DVB-T2. This means that analog TV will be turned off”, – stated in the message of the national Council on television and radio.

It is noted that cable TV subscribers and owners of satellite antennas, these changes do not apply.

Since 2011 in Ukraine the multichannel digital TV network consisting of four multiplexes MX-1, MX-2, MX-3 and MX-5 operates in 166 settlements. After the occupation of the Autonomous Republic of Crimea and Sevastopol, as well as the seizure of the territories of Donetsk and Lugansk regions, the digital channels operate in 143 villages. Digital transmitters for free viewing covers 28 national TV channels and 4 regional TV channel in each of the regions of Ukraine.

Also in Kiev in 41 and 43 TV channels are distributed on the 10 digital programs two local multiplexes, which you can view for free.