Kiev outraged by the appearance on the streets of slot machines 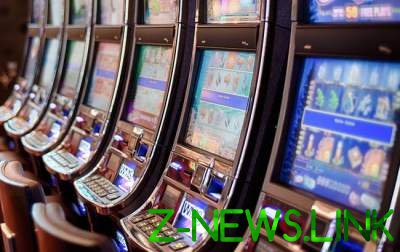 In some areas of the city now you can play under the open sky.

In Kiev, there were slot machines made from self-service terminals. Picture was published, Andrey Kondratyev in Facebook.

“Compared with the Curve of the Horn, in Kiev, gambling is much more developed, especially in sleeping areas. For example, within a radius of 250-300 meters from the place where you took the photo, I counted 7 games halls,” says the blogger.

“However, now not only gambling halls. Slot machines have already begun to install on the street as assault rifles reinforcements. Now you can illegally lose all of his money right under the open sky,” he said. 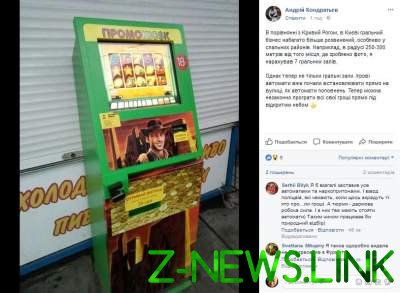 In reviews write that such machines exist in other areas of Kiev.

“I adorable seen on the Ceiling in the Cocktail”, “I would have made all machines and shooting galleries. And a platoon of policemen, that when you steal from those who about…money. And prison – gratuitous labor. These too must be machines. Worked this way would be natural selection,” said nick.