“If necessary, if the Commander-in-Chief makes such decision, it will be made,” Danilov told Ukraine 24 broadcaster.

The threat comes amid repeated allegations of Belarusian troops allegedly taking part in the ongoing military operation against Ukraine launched by Russia last week. No solid evidence of Belarus’ involvement, however, has emerged with Minsk insisting it has not been involved into the operation.

The stance was reiterated by Belarus’ President Alexander Lukashenko earlier in the day, who said that all the country’s troops remain at their permanent bases and installations. At the same time, Lukashenko cautioned against issuing threats towards his country, warning that Belarus was ready to defend itself if necessary. 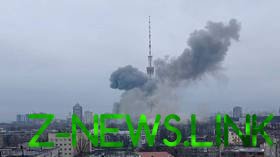 “They [the military] are ready, everyone is ready. And if mobilization is needed, we have checked all the lists – within 2-3 days we will mobilize all the units that have to be mobilized in wartime,” Lukashenko said.

The large-scale Russian military operation in Ukraine kicked off last Thursday, with President Vladimir Putin explaining it was the only option left to prevent Kiev from attacking the breakaway Donetsk and Lugansk People’s Republics. Ukraine, however, branded the attack “unprovoked,” insisting it has not been seeking to recapture the regions.

Donetsk and Lugansk split from Ukraine back in 2014 following the Maidan protests, which resulted in a coup that saw the democratically elected government in Kiev ousted. New Ukrainian authorities launched a military operation to quell the rebellion, with the hostilities growing into years-long conflict. While active combat ended with the 2014-15 Minsk agreements, the roadmap out of the crisis got never actually implemented, with low-intensity warfare continuing in the region ever since.