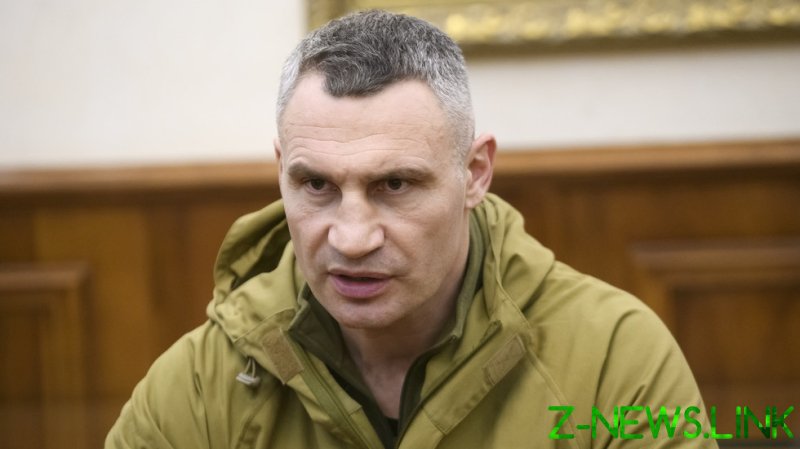 The Mayor of Kiev Vitaly Klitschko has alleged that Ukrainian authorities had gravely underestimated the risk of a Russian military offensive in early 2022. The official told Der Spiegel that his calls at the time to beef up the capital city’s civil defense had fallen on deaf ears.

In an interview with the German media outlet published on Friday, Klitschko lamented that, while he had “drummed for the civil defense” and had been insisting that Ukraine “must prepare itself,” the government kept saying that “everything will be alright” not long before Russia launched its military operation in late February.

According to the mayor, some even criticized him at the time for “fomenting panic.”

He went on to claim that these attitudes were widespread among Ukrainian officials, despite warnings from Western and Ukrainian experts.

Although indications of a planned offensive were there as early as in late 2021, the Ukrainian government was still “shocked at how quickly the Russians had reached” Kiev, Klitschko revealed.

According to the mayor, there was a sense of panic and disorganization in the Ukrainian capital within the first 24 hours of the Russian offensive. When asked about who he saw as responsible for the chaos, he said “now is not the time to search for the guilty.” All the shortcomings and mistakes would be analyzed “after victory,” he added.

Russia sent troops into Ukraine on February 24, citing Kiev’s failure to implement the Minsk agreements, designed to give Donetsk and Lugansk special status within the Ukrainian state. The protocols, brokered by Germany and France, were first signed in 2014. Former Ukrainian president Pyotr Poroshenko has since admitted that Kiev’s main goal was to use the ceasefire to buy time and “create powerful armed forces.”

In February 2022, the Kremlin recognized the Donbass republics as independent states and demanded that Ukraine officially declare itself a neutral country that will never join any Western military bloc. In September, Donetsk and Lugansk, as well as Kherson and Zaporozhye Regions, were incorporated into Russia following referendums.