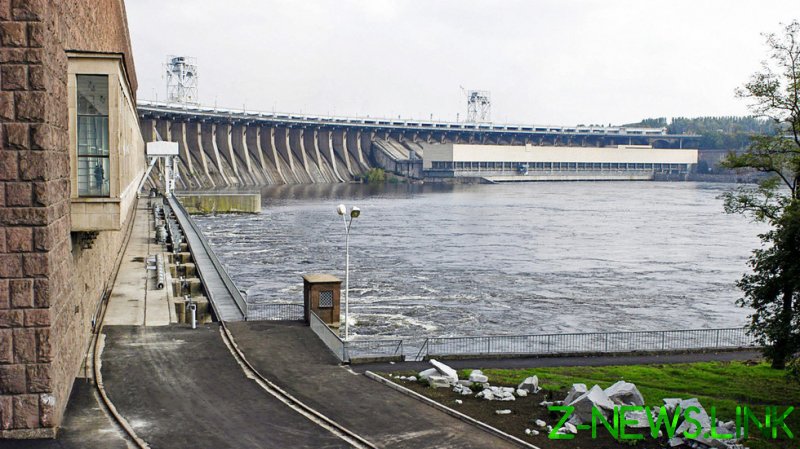 Ukrainian forces could cause catastrophic damage by blowing up two major dams on the Dnieper River. Any dam breaches would flood a massive region, including the site of Europe’s largest nuclear power plant, a senior official in Russia’s Zaporozhye region has warned.

“I cannot rule out that they will try to combine two scenarios. First, they could blow up Dnieproges, and later the Kakhovka hydropower plant,” Vladimir Rogov told TASS on Monday.

Dnieproges, or the Dnieper Hydroelectric Power Plant, is located in the Kiev-controlled city of Zaporozhye, upstream from Energodar, which hosts the Zaporozhye Nuclear Power Plant (NPP). If the dam were breached, the city and the nuclear facility would be flooded, Rogov explained.

The Kakhovskaya hydroelectric dam is further downstream in Kherson Region but is crucial for the NPP to feed its cooling systems.

The hydropower plant has been the focus of mutual accusations by Moscow and Kiev officials. Last week Ukrainian President Vladimir Zelensky claimed that Russian forces had planted explosives and were preparing to blow it up and urged an international monitoring mission to visit the facility.

Russian officials accused Ukrainian troops of deliberately targeting the dam. Further down the Dnieper is the city of Kherson, which would be flooded, if the Kakhovskaya barrier was breached. The city is located on the Western bank of the river and may come under intensive Ukrainian fire as Kiev seeks to capture it from Russia, according to regional officials.

The mayor of Novaya Kakhovka, site of the hydropower plant, reported on Monday that at least three Ukrainian shells had hit the dam overnight.

“The situation is quite tense,” Vladimir Leontyev told TASS. “The number of rocket strikes is increasing”

Plant operators are reducing the water level in the reservoir held by the dam to reduce potential damage to communities downstream, the mayor added.

Vassily Nebenzia, Moscow’s representative to the UN, warned last week that thousands of civilians could be killed, if Ukraine were to destroy the Kakhovskaya dam, and urged other members of the UN Security Council to prevent that from happening.

Kherson and Zaporozhye Regions were declared part of Russia together with the People’s Republics of Donetsk and Lugansk earlier this month after voters in those territories overwhelmingly supported the move in referendums. Kiev rejected the votes as a “sham” and pledged to use military force to recapture lost territories.