Kiev explains why it’s not interested in temporary truce 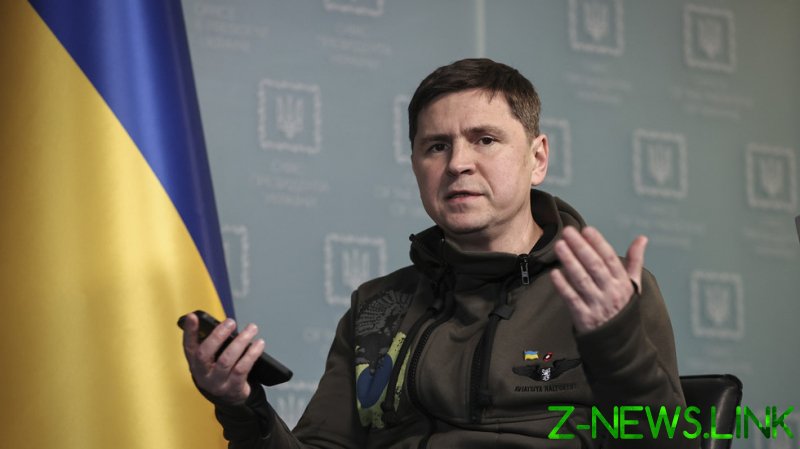 A temporary truce with Moscow is “meaningless” and will only lead to a further escalation, a member of the Ukrainian team negotiating with Russia in peace talks has stated.

“We won’t agree to a ‘Minsk-3’ or ‘Budapest-2’ – it’s all pointless,” Mykhailo Podolyak, adviser to Ukrainian President Volodymyr Zelensky, said in an interview with RBK-Ukraine on Friday.

“In a historical perspective, even a short one, all these ‘minsks’ lead to great tragedies. None of these agreements will work without real mechanisms of preventing war,” he said, referring to the Minsk agreements, which were signed in 2014 and were meant to end the war in the Donbass region of Ukraine.

Moscow claimed that Kiev intentionally failed to implement any of their obligations under the agreements and continued their military campaign against the breakaway regions of Lugansk and Donetsk for eight years.

Podolyak also said that “Ukraine is not interested in a temporary truce with Russia,” and that “it’s important to push through such conditions that would not allow Russia to even think of attacking Ukraine or crossing its borders,” arguing that any temporary truce would stimulate Russia to take further hostile actions.

Commenting on the peace talks, Podolyak said the situation has changed as the Ukrainian people are now much more negative when it comes to any possible negotiations with Russia.

Nevertheless, the negotiator, who insists that “the Russian world is a world of death” and is “outside of human civilization,” said that Kiev believes the talks must continue as they can lead to the establishment of humanitarian corridors and the exchange of POWs.

The latest round of negotiations between Moscow and Kiev was held last week in Istanbul, Turkey, where, according to the Russian side, the Ukrainian delegation offered its first draft of written proposals on how to resolve the conflict. 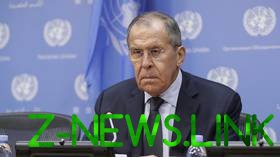 Russian Foreign Minister Sergey Lavrov has since accused the Ukrainian side of trying to stall the talks by changing the wording of the proposals and backtracking on several key issues. He said on Thursday that the proposal sent by the Ukrainian side this week failed to mention that the security guarantees Kiev wants to obtain from leading world powers do not cover Crimea. Russia has considered the peninsula part of its territory since 2014, when it voted to reunite with Russia.

Meanwhile, Kremlin spokesperson Dmitry Peskov told Sky News on Thursday that Moscow hopes the military operation in Ukraine will end in the near future, possibly “in the coming days,” through either the Russian military reaching its goals or the finalization of an agreement between the two countries.