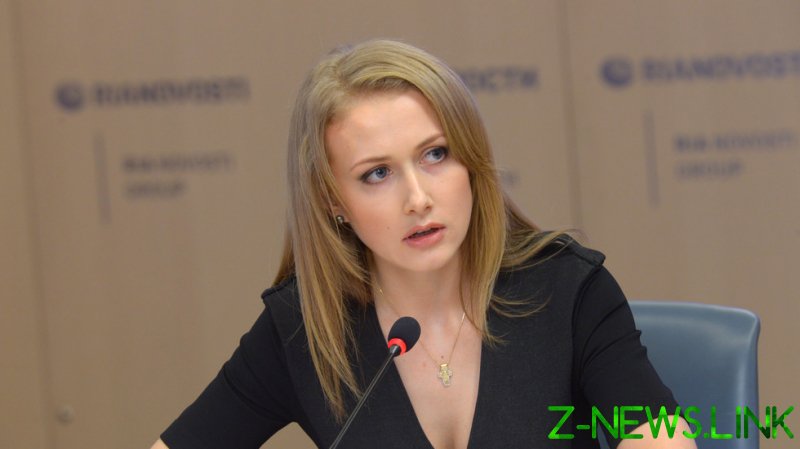 Alyona Berezovskaya made the remarks in an interview with Viktor Medvedchuk, the leader of the ‘Opposition Platform – For Life’ bloc, broadcast by RT Russian. On Friday, local media reported that the SBU – Kiev’s successor to the Soviet-era KGB – had begun an investigation into whether her line of questioning breached the law.

“Information relating to this individual is being looked into,” the agency’s press service told journalists. “An appropriate legal assessment of her statements and actions will soon be given.”

Berezovskaya asked Medvedchuk “whether it would be better for Ukrainians to join Russia, which would be easier and easier.” She told RIA Novosti that, “as far as I understand, it’s possible that a criminal case will be opened.”

Kiev has recently begun a crackdown on media organizations that challenge its pro-Western outlook. Last week, President Volodymyr Zelensky signed into law a decree that banned eight news outlets from the airwaves, leveraging “special economic and other restrictive sanctions” onto a media group his government says is linked to Medvedchuk.

Defending the move, Mikhail Podolyak, an adviser to Zelensky, said, “it’s clear that sanctions on Mr. Medvedchuk’s TV channels are not about the media and not about freedom of speech. It’s just about effectively counterfeiting fakes and foreign propaganda.” Without action, he argued, the opposition media would “kill our values.”

In a furious response, Medvedchuk wrote that the move to suppress opposition-leaning media is “absolutely illegal” and amounts to the use of “violence, bullying and coercion against dissent.” “Zelensky dreams of clearing the information field,” he argued, “so that the dialogue between the president and the Ukrainian people takes place at the intellectual level of a kindergarten.”

The clampdown on opposition media comes amid falling popularity ratings for Zelensky, who has been contending with a constitutional crisis over a package of anti-corruption laws and a row over coronavirus vaccines. However, his order found support from Washington, as the US Embassy in the country wrote that it “supports efforts yesterday to counter Russia’s malign influence.” Diplomats described the shuttering of broadcasters as “in line with [Ukrainian law], in defense of its sovereignty and territorial integrity.”

Nevertheless, the broadcasters facing restrictions are based in Ukraine, with shows being filmed by Ukrainians for a domestic audience.