Kiev can return the money during the heating season 2015/16 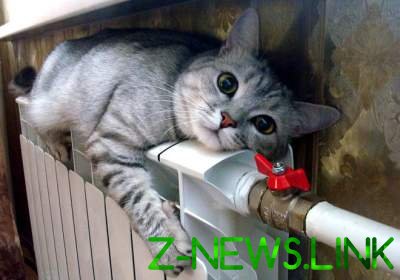 Many Ukrainians were deceived during the heating season 2015/16.

Rospotrebsoyuz conducted an inspection and found a violation when calculating the cost of housing and communal services in 2016-2017 Analyzing the validity of accounts for centralized heat supply in the previous heating season, it discovered the overstatement and returned to the 5.3 million consumers.

This writes Tatyana Kirilenko. According to her, the overpayment amount to much higher amounts.

Only in Chernivtsi region they have reached 3.7 million UAH, Dnipropetrovsk in 2014-2016 consumers overpaid as much as 53 million UAH.

“It became clear that the structure of prices on zhkp included unreasonable or inflated costs. In the Dnipropetrovsk region in the tariff unreasonably contributed to the investment component of the banking services and a high amount of profit. In Prosecutor’s office of area opened criminal proceedings. However not only the fault of heads of the municipal enterprises, but also local authorities that do not approve the tariffs at the level of economically justified,” — said the author.

Still a lot of confusion with utility bills in the capital. So, Kiev can recover some of the money paid for the supply of heat in heating period 2015/16. The reasons — in legal nuances.

“2014 to 2017, the price of heat for households has increased almost four times — with 375,3 to 1414,45 UAH per 1 GCal. During this time, the national Commission exercising the state regulation in the energy and utilities (NKREKU) took five decisions on change of tariffs for district heating. However, the fact that not all of them legitimate. For example, decree No. 613, according to which the cost of service for heat supply for the consumers of the company “Kyivenergo” has increased from 374,6 to 657,24 UAH per 1 GCal, acted a little over a year (with 8.05.15 for 30.06.16). But he was recognized invalid, and rates are illegal. This decision was made by the Kyiv court of appeal in its judgment of 06.07.2016, based on the fact that he was not registered in the Ministry of justice and is not made in the Unified state register of assignment of a registration code. In other words, the resolution adopted in violation of procedure, according to which adopt normative-legal acts, and therefore it was illegal”, — is spoken in article.

Thus, the court’s decision allows the people of Kiev to demand the return of overpayments at illegal rates of the means during the heating period 2015-2016 a lot of Money, because for each consumed Gcal in the season “Kyivenergo” should return 283,12 UAH.