Kiev: “authority” staged a knife fight in a cafe 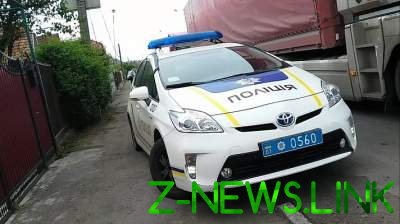 Without victims has not managed.

In Kiev, near the metro station “Akademgorodok” in one of the cafes, the verbal conflict escalated into a fight with a knife, injuring the man.

According to law enforcement officers, they asked the bartender in one of the capital’s cafes with the message that the conflict between visitors of the man stabbed.

“On a scene militiamen found out that the cafe 41-the summer inhabitant of Kiev region drank alcoholic beverages, and then began to make noise in the middle of the room, brandished a knife, claiming that he “authority”. One of the visitors , 35-year-old native of the neighboring state made a remark to him and between men the conflict began, after which the men went outside to sort things out. After a few minutes the malefactor-“authority” has struck the opponent a knife wound and tried to escape, but it was prevented by security guards of the market, which subsequently handed him over to the police,” – said the press service

See also:  In the suburbs the student bought a knife and stabbed a classmate

The police added that the victim with the chest wound was hospitalized in the hospital and now he is in the intensive care unit in serious but stable condition.

“On the roof of the kiosk forensic experts found a knife, the malefactor threw out before fleeing. Also seized records from surveillance cameras. During Prime investigative actions, the suspect was aggressive, threatened police and others”, – concluded the press service.

See also:  The brutal murder of a soldier ATO in Kiev: new details

On this fact openly criminal proceedings under part 2 of article 15 of part 1 of article 115 (attempt to murder) of the Criminal code of Ukraine.