Home / WORLD / Kids of 2 becoming trans, young girls being taught to bind their breasts: Symptoms of an LGBTQ+ crusade that’s out of control 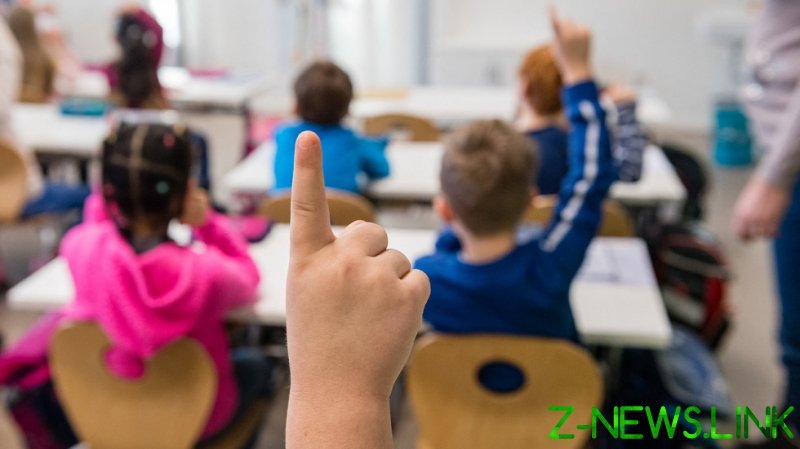 I entered the trans debate in 2016 because I worried that the egregious demands by my fellow campaigners would damage the acceptance that transgender people had begun to take for granted. I was right about that. I stayed to support female friends who were fighting a rearguard action to defend their sex-based rights in a society that seemed to have forgotten the meaning of the word ‘sex’.

But my biggest concern in all this has been, and continues to be, children. We last week witnessed the sad spectacle of parents Matthew and Klara explaining on daytime British TV that their four-year-old daughter was transgender.

Presenters Phillip Schofield and Holly Willoughby appeared to be enchanted as the father waxed lyrical about the choices that he claimed his daughter had made, since at the age of two, she told her parents, “I’m not a girl, I think I’m a boy.”

“What he [sic] has decided, and we have supported should be celebrated,” said the father. Really? I wonder if the family also has a vegan cat?

It would be easy to condemn the parents, but, while they are certainly responsible for the way they bring up their own children, this is not happening in a vacuum. Why did they think that their daughter might be transgender, and at such an early age? In the clip shared by ‘This Morning’, the father asserted that the child had just “learned about it.” Unfortunately, he didn’t say who had been doing that teaching, because those people need to be called to account.

In other news, 11-year-old girls at Nonsuch High School – a leading grammar school south of London – were sent a newsletter with tips on how to bind their breasts to achieve a “flatter, more masculine” appearance. In a statement, the school said the newsletter, written by the LGBTQ+ student society, aimed to “inform and promote understanding of LGBTQ+ issues.”

I might be trans, but I am also a teacher and parent, and I understand the importance of safeguarding. As responsible adults, we take appropriate measures to promote the welfare of children and protect them from harm. We do not use four-year-old children as vehicles for our own campaigning, nor do we promote self-harm to teenagers. But it seems that too many adults turn off their critical thinking when somebody utters those magical letters, LGBTQ+.

Perhaps another breaking story, the treatment of school chaplain Bernard Randall, explains why others do not speak out. Randall, 48, was sacked by a Church of England school in Nottingham, and, astonishingly, reported to the ‘Prevent’ anti-terrorism programme, for apparently explaining to pupils that the Anglican church viewed marriage as being between a man and a woman. Reports suggested that staff had recently been trained by an LGBT+ evangelist to embed gender identity and sexual orientation into the fabric of the school. Randall’s views – on the other hand – were considered to be “wholly inappropriate for a school, and society in general.”

The three stories are all different, and apparently unconnected; they just emerged at around the same time. But they are symptomatic of an LGBTQ+ crusade that is now out of control. It is not good enough for politicians and policy makers to hope that it will all go away by itself; children are being harmed now.

Matthew and Klara’s daughter might be far too young for any physical treatment for the transsexualism that her parents diagnosed, but she is being brought up to believe that she is a boy. Presumably, her classmates will also be expected to play their part to maintain the delusion. Who can tell how that will impact on them psychologically as they edge towards puberty?

Four-year-olds might be able to pass easily as the opposite sex, but it becomes a lot harder at 14. Puberty is a difficult time for many children, but who can imagine the distress of a child brought up to believe they are the opposite sex? Especially in a society that tolerates – perhaps even celebrates – breast binding. Worryingly, it doesn’t stop there. The Nonsuch girls were also informed about how they could get breast reduction surgery if binding hurt too much.

This crusade needs to be stopped. It will not be an easy task – the zealots driving it have the hallmarks of religious evangelists. They have been hard at work writing policies and changing attitudes so that once-mainstream views are now considered to be “inappropriate,” and those holding them dismissed from their jobs. Those that speak up are condemned as transphobic bigots and bullied into silence.

But this is not about opposing transgender rights. Those are human rights. Like everyone else, we need to be treated with dignity and respect, and not be treated less favourably because we are trans. This is about safeguarding children.

Perhaps, for some, gender transition might one day be necessary. However, most children grow out of it. This unfortunate four-year-old may well be one of them, if indeed she came up with the idea herself. At two years old, it beggars belief that she had the mental capacity to decide that she was somehow a boy, any more than she could decide whether the Tooth Fairy or Father Xmas were real.

For the sake of children everywhere, we must bring this juggernaut to a halt.