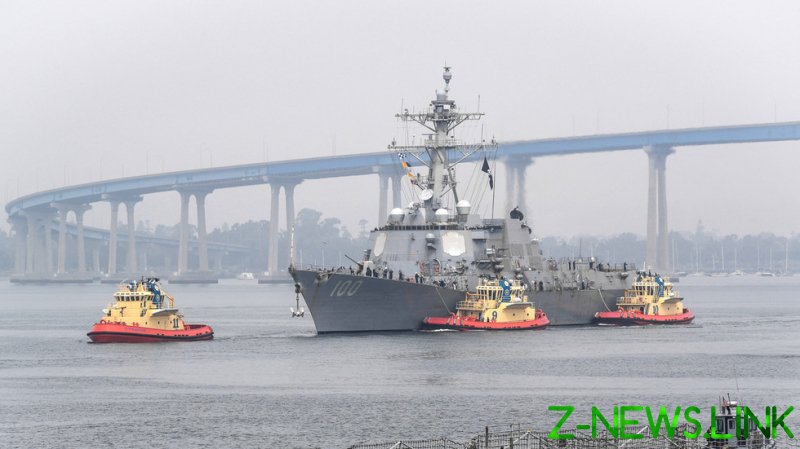 A Facebook page of the USS Kidd (DDG-100) which typically posts updates from the ship’s deployments in international waters, such as its most recent mission in the Indo-Pacific, treated followers to far more entertaining content, albeit for only a few days.

Until Thursday morning, the page featured a series of videos of an unknown gamer livestreaming ‘Age of Empires’, a classic strategy game released in 1997. The first gaming video popped up on the account on Sunday, while the sixth and last stream was posted on Monday morning, Task & Purpose reported.

The clips, all of which were more than an hour long, were first accompanied by innocuous captions such as “hi guys,” “hy everyone,” “play game,” and later by the more cryptic “fffffffffffff” and “POSC.” While investing hours in the effort, the streamer did not have much success, falling short of advancing past the Stone Age, according to the outlet.

Despite the apparent lack of gaming acumen, the streamer changed the description of the page to ‘Gaming Video Creator’. While the uploads stopped on Monday, the videos were visible for the next four days – without causing much fanfare – as the Navy claimed it was trying to reclaim the “hacked” page.

The Navy eventually wrestled away control over the ship’s account on Thursday. Navy spokesperson Cmdr. Nicole Schwegman said that the account “has been secured by Facebook.”

“USS Kidd’s Facebook page had an unauthorized access from an unknown entity,” Schwegman said, when asked if the account was indeed breached by a rogue actor, but did not provide any information as to how the perpetrator gained access to the page.

Security issues aside, the gaming incident appears to have done more good than harm if social engagement is the goal, driving traffic to the page, which added about 1,000 new subscribers in the span of a few days.

The USS Kidd’s gaming expedition is not the first time US military accounts have been compromised under similarly suspicious circumstances. Last year, Fort Bragg military base in North Carolina posted a string of sexually explicit messages before apologizing and claiming that the account had been hacked.