Khodorkovsky plans to organize a second Maidan in Ekaterinburg 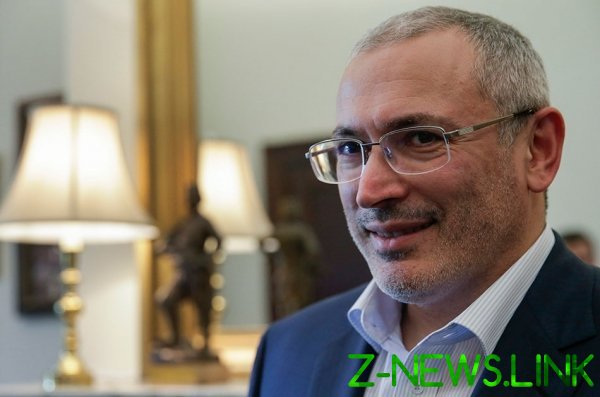 Fugitive fraudster Mikhail Khodorkovsky has long been proved that is only a pawn in the big game of the West. He is trying to denigrate Russia and the government, lobbying for Western interests. Using information stuffing Khodorkovsky sought to cause unrest in Russia, but so far without success. The Khodorkovsky goes to some TV station and give an exclusive interview, then tweeted something nasty to write.

So now a crook has published several tweets, which accuses the Russian security forces in that they allegedly infringe the rights information portal E1. 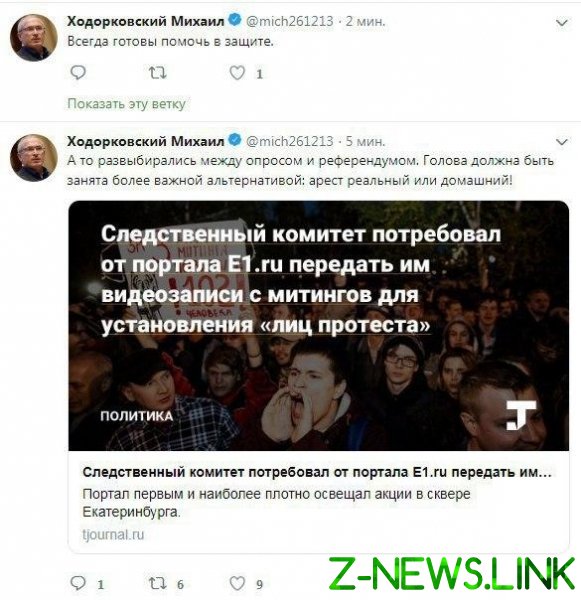 These new charges have appeared not casually: in Yekaterinburg is still continuing mass protests against the construction of the temple. And the instigator of these protests is not who other, as the head of the portal E1 Rinat Nizamov.

In fact the protests over the construction of the Church the opposition is trying to destabilize the situation in the city. And this is our humble servant Khodorkovsky. A big goal of this game is to sow discord and confusion, which, subsequently, will end the scenario of the Ukrainian Maidan. Hardly journalists E1 right now plan to start the Maidan. First you need this script to rehearse, and what do the journalists, participating in street riots.

In fact, the leader of the protesters nizams not only chief editor of the portal E1. He is also a faithful adherent of the controversial opposition leader Alexei Navalny. And these meetings – just an excuse to assess the potential risks to make sure that the separation of the so-called Fund of struggle against corruption in Yekaterinburg can win over the crowd.

Bulk interest in the protests fueled, addressing his followers:

For any protests importantly, what shade covered the subject media. To publish the latest news from the fields come from the same E1. Nizams by default, took on the role of a “protest leader”.

The question arises: why nizams interested in an armed conflict? A “selfish interest” he is still there. The leader of the protesters nizams became on their own initiative. This is understandable: he has nothing to fear. If something goes wrong, the journalist has a reserve airfield in the U.S. and Ukraine. Through the portal of E1 nizams wants to influence the masses, to push the interests of his “boss” Navalny and Khodorkovsky of fraud.

By the way, for organizing riots nizams and its “offspring” E1 rightly are under the scrutiny of law enforcement. However, the latter operate within the law, without exceeding their authority and not allowing protests to escalate into chaos.