Home / Incident / Khmelnytsky: drunken soldier threatened with a grenade passengers of the bus

Khmelnytsky: drunken soldier threatened with a grenade passengers of the bus 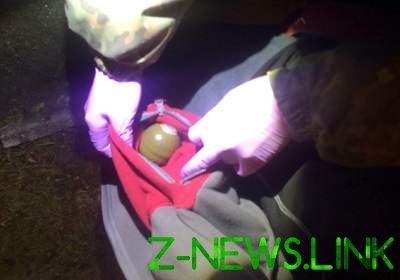 The brawler have detained.

In Khmelnytsky the staff of criminal investigation Department detained the drunk 45-year-old member of Tau that threatened the passengers of the regular bus with a grenade RGN.

He, returning home, was armed with a dangerous souvenir. The detainee stated that he took a grenade for their own needs. All the while the passenger was on the bus, dangerous ammunition was in his pocket.

According to experts of explosive service, if the attacker had pulled out a grenade fuse, a tragedy could occur at any time, as a feature of the garnet offensive that they can explode from the slightest bump or jolt.

See also: Fatal accident near the Dnieper river: injured woman with a child

On this fact openly criminal proceedings under part 1 of article 263 of the Criminal code of Ukraine which sanction prescribes punishment in the form of deprivation of liberty for a term up to five years.