Khimik lost again in match of the Cup of Europe FIBA 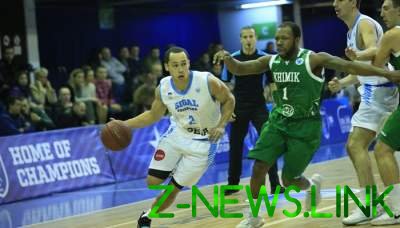 Vice-champion of Ukraine in basketball “Chemist” suffered a third defeat in the group stage of the Cup of Europe FIBA.

The absence of diplomatic relations with Kosovo forced Khimik home European Cup match to take place on the territory of the opponent. The team of Vitaly Stepanovski failed again to create problems for the local “Pristina”.

As in the first match, “Chemist” made a catastrophic number of casualties. Point guard nominal owners have not coped with their direct duties, not better things were in the three-point zone, and on the selection of “Khimik” in the second match no advantage over “Pristina”.

See also:  Ukrainian cartoon was recognized as the best in Europe. Video

Basketball club “Khimik” allowed them to realize 63% of shots from medium and close range. Ukrainians have implemented only five shots (25% accuracy).

“Chemist” has exhausted the limit of the defeats in the Cup of Europe FIBA. To continue fighting in the tournament, the club from the South October 31, you need on the road to beat the “Dexia”.

See also:  In Europe arrested half a ton "of gold Yanukovych"