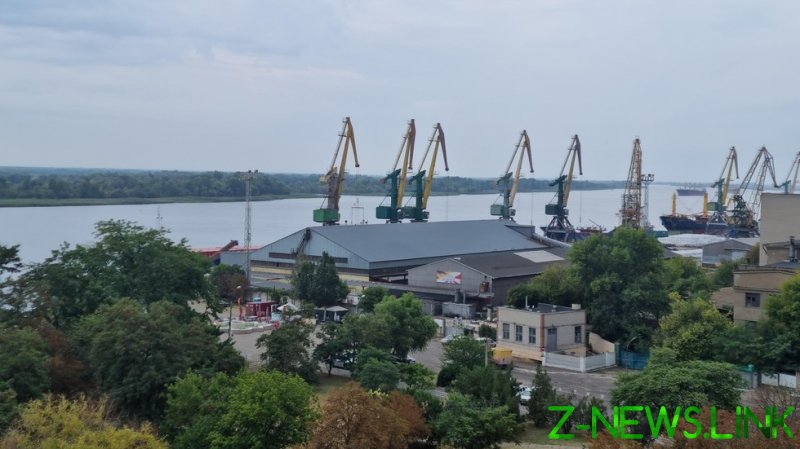 A relocation of civilians from the battle zone was announced by Vladimir Saldo, the caretaker governor of the new Russian region of Kherson, on Tuesday. The move comes amid a new looming Ukrainian offensive and potential attempts by Kiev to destroy the dam of a local hydroelectric power plant, the governor explained.

“There is an immediate danger of flooding in the territories due to the planned destruction of the Kakhovskaya hydroelectric dam and release of water from a cascade of power plants upstream of the Dnepr River,” Saldo said.

The decision comes as the Russian military is reinforcing its positions in the region, Saldo explained. The relocation will help avoid mass civilian casualties from the ongoing hostilities and enable “the Russian troops to perform their duties in defending Kherson Region.”

The civilian population will be now withdrawn to the left bank of Dnepr in “an organized, step-by-step fashion, and accommodated for free,” Saldo explained. Residents of Kherson Region who are willing to move to somewhere else in Russia will be provided with real estate certificates, in accordance with guidelines announced earlier in the day by the Russian government, the governor added.

The announcement comes as Russian Army General Sergey Surovikin, the recently-appointed commander of the Russian military operation in Ukraine, made his first public remarks since assuming his role in early October. Speaking to the Rossiya-24 broadcaster, the general admitted that the situation around Kherson was “tense” and “difficult decisions” may have to be made.

Kherson Region has been under the control of the Russian military since March. The region, along with neighboring Zaporozhye and the Donetsk and Lugansk People’s Republics, overwhelmingly voted to join Russia during a referendum in late September. The polls were rejected by Kiev and its Western backers, who denounced them as a “sham” and refused to acknowledge their outcome.