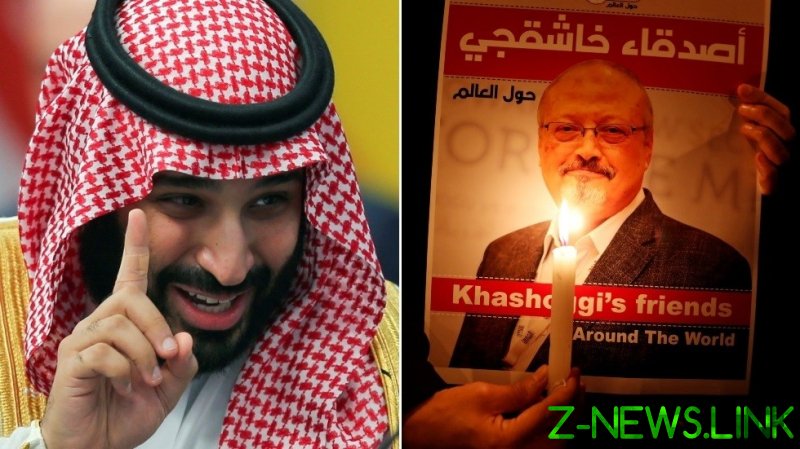 A recently declassified US intelligence assessment concluded that the powerful Saudi royal scion personally “approved an operation in Istanbul, Turkey to capture or kill” the Washington Post columnist. But as far as Riyadh is concerned, the Crown Prince “has been cleared of all wrongdoing,” Abdallah al-Mouallimi, the Saudi representative at the UN, has told RT.

“[Prince Mohammed] took moral responsibility as a courageous leader. And that means ensuring that the situation is corrected and that those responsible for this heinous crime are brought to justice. And he did just that. So, there is nothing to be concerned about. It’s time to move on,” the diplomat said.

Last year, a Saudi court sentenced eight people to up to 20 years in jail for their involvement in the assassination. The crime was framed by the Saudi government as the doing of overzealous rogue elements in the intelligence agency. Critics of the Crown Prince, who is often called MBS, have long accused him of sending hit squads after his critics on foreign soil, including Khashoggi.

Earlier on Monday, Abdallah made a case for MBS’ innocence on Twitter, saying that blaming him was no more fair than blaming top US officials under President George W. Bush for the abuse of prisoners at the Iraqi prison Abu Ghraib, which was carried out by US military personnel in the early 2000s.

He also said some Saudi dissidents were being protected by foreign intelligence services and suggested that the US intelligence assessment would not have stood up in a court of law.

Joe Biden, who pledged to make Saudi Arabia a “pariah” on his election campaign trail, has stopped short of carrying out the threat so far. Last week, Washington imposed sanctions on 76 individuals allegedly involved in “acts of repression” against Saudi dissidents, but spared the Crown Prince himself. The White House said MBS would be held accountable in some other unspecified way.

The Saudi diplomat told RT that he hopes the Saudi subjects targeted by the US would be able to clear their names and be removed from the sanctions lists. He said despite “misunderstandings,” ties between Washington and Riyadh are only getting stronger.

“Business is conducted between states based on common values, common interests and the rule of law,” he said, adding that the relationship between the two sides does not depend on personalities.