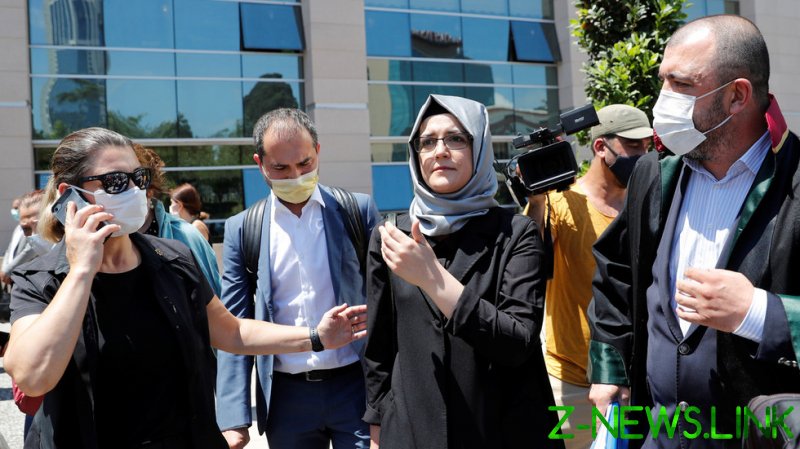 “The crimes committed by those convicted are major crimes and the sentences include various prison sentences are just rulings that are accepted by the court that governs the law of God and public order,” Mutassim Khashoggi, lawyer for the Khashoggi family, told the local Asharq al-Awsat newspaper on Monday evening, as cited by Al Arabiya English.

Five men were sentenced to 20 years in prison and another three were handed jail sentences of seven to 10 years by a Saudi court on Monday, in what became a second ruling in the Khashoggi case. The trial concluded in December and initially resulted in death sentences for five of the perpetrators, who were said to be directly involved in the slaying. The other three accomplices were handed lengthy prison terms of a combined 24 years. However, the latter verdict had to be revised after the Khashoggi family pardoned the attackers in May, which, under Saudi law, automatically rules out the possibility of capital punishment for any of the “forgiven” murderers.

The trial was shrouded in secrecy, with the names of the eight people sentenced on Monday remaining under seal.

The new verdict, which is significantly more lenient than the previous one, has sparked public outrage, with Khashoggi’s former fiance Hatice Cengiz denouncing the ruling as “a complete mockery of justice.”

“The Saudi authorities are closing the case without the world knowing the truth of who is responsible for Jamal’s murder. Who planned it, who ordered it, where is his body? These are the most basic and important questions that remain totally unanswered,” she tweeted.

The ruling did not sit well with the Turkish government either. Ankara vowed to continue its own probe into Khashoggi’s murder, arguing that the secretive nature of the Saudi trials has left more questions than answers.

The Khashoggi family, however, said that they consider the verdict to be “a deterrent for every offender” while reaffirming their trust into the Saudi justice system.

Khasshogi is believed to have been killed inside a Saudi consulate in Istanbul in October 2018 after he went there to finalize his divorce so he could marry his Turkish fiance, who waited for him outside the building. He never returned, however, instead captured, brutally slain and reportedly dismembered by a group of people inside the diplomatic compound. Riyadh’s intiial reluctance to assume responsibility for the murder sparked internaional fallout, causing several European nations to impose bans on weapons sales to the kingdom. Khasshogi’s remains have never been found.