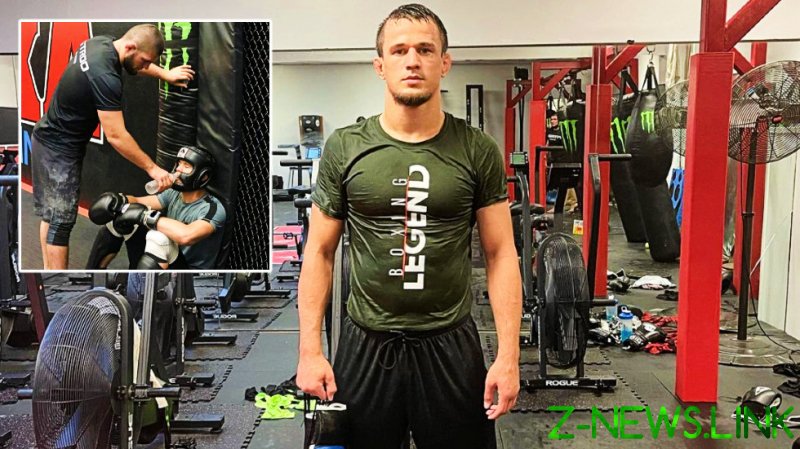 Nurmagomedov fights in front of American fans for the first time in his career at the event which will take place at The Forum in Inglewood, California in a fight which comes almost exactly four months after the highly-touted lightweight fighter earned a clear-cut unanimous decision win in his debut with the American fight league in April.

The 23-year-old will take on American veteran Luis Munro in one of the featured bouts on a Bellator card being hailed by many as one of the best mixed martial arts events of the year, to be topped by a hugely-anticipated featherweight showdown between Patricio Freire and AJ McKee.

Like Nurmagomedov, Muro is undefeated in his Bellator tenure, although he lost several times earlier in his career and will be hoping to use his opponent’s name as a springboard to launch his own title bid in the promotion’s lightweight fold.

Of course, that won’t come easy. Nurmagomedov is the latest in a long line of Dagestani grapplers to have filtered from the tutelage of his late uncle, Abdulmanap Nurmagomedov, and passed through the halls of the American Kickboxing Academy in San Jose, California where his skills were streamlined by Javier Mendez – the man responsible for training the likes of Khabib and Islam Makhachev.

But with that famous name, and all of the expectations that come with it, comes a very bright spotlight – something that Usman says he has to learn to deal with.

“Everything is fine,” said Nurmagomedov of his preparations ahead of Saturday’s fight.

“I feel great. I’m happy to be here for [my] second Bellator fight. I’m still getting used to all the cameras and all these interviews but it’s fine.

“It’s a big part of the game, so I have to get used to it. It’s even a little pressure, but that’s fine.

“I miss the fans. I’m fighting for the fans. That’s what it’s all about, so I’m very excited to fight with a crowd.”

Nurmagomedov will enter the bout as a heavy favorite against the 12-6 Muro and will know that an impressive win – and on such a high profile card – could well expedite what seems like an inevitable rise up the Bellator lightweight rankings.

In that event, one suspects that latest potential world-beater from the Nurmagomedov family assembly line of savages might just have to get used to the cameras and the bright lights before long.