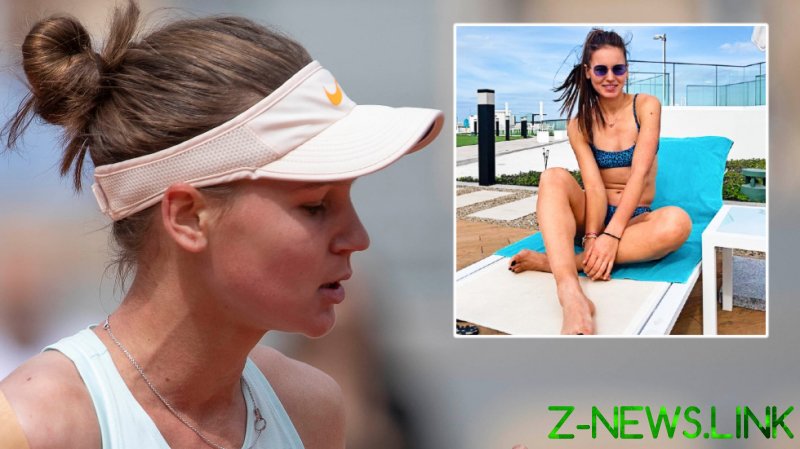 The 23-year-old claimed she had no expectations going into the final in South Carolina, where she won the world’s oldest professional all-women’s tournament in America with a 6-4, 6-2 victory to earn the top prize of around $565,000.

Ranked at 38 going in to the tournament, Kudermetova beat former US Open champion Sloane Stephens, who was a previous winner at Charleston, in the quarterfinals, and started 53 places ahead of Kovinic.

The big-serving prospect never seemed unduly troubled as she went one better than her previous final of the year, when she beat world number five Elina Svitolina in Abu Dhabi on a run that was only ended by Belarusian world number seven Aryna Sabalenka.

Kudermetova has said that her tennis inspiration is Russian tennis icon Maria Sharapova, but she named Nurmagomedov as her hero in the build-up to the final.

“Khabib is a tough guy, a real man,” she said, speaking to the WTA on its Tennis Channel.

“He never misses an opportunity. I think he’s a good person. When he fights, I strongly support him, I like him.

“He is an amazing person, I hope I can be as mentally strong as he is. He has a nickname – an eagle. I am often called a black panther.”

After the greatest day of her time in the game so far, Kudermetova now knows how Nurmagomedov felt on some of his greatest nights in his 29-fight unbeaten career.