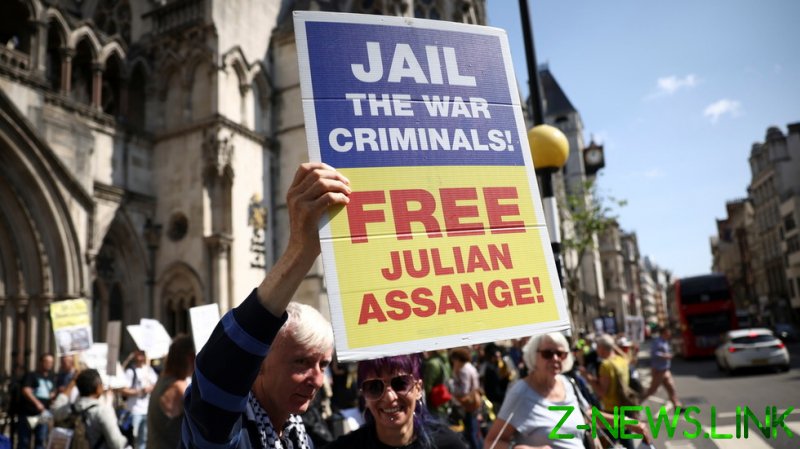 Sigurdur Thordarson, also known under the moniker ‘Siggi the Hacker’, was placed into custody in Iceland last month, the newspaper Stundin said, citing his lawyer. A judge agreed with the police that if Thordarson remained free, he would continue an ongoing spree of crimes in the European nation. He is now kept in the highest-security prison in the country, Litla-Hraun, the report said.

There is a provision in Icelandic law that allows indefinite detention of a convicted felon if there is a reasonable suspicion that the individual has been reoffending and will continue to do so unless arrested. It has a high legal bar and is rarely used in practice, but was applied in Thordarson’s case, Stundin reported. It mentioned earlier confessions of dubious financial machinations made by Thordarson during an interview he gave the newspaper.

Thordarson is a dubious character, whose prior convictions were related to financial fraud and his soliciting of sexual favors from minor boys. Yet his credibility – or lack thereof – is essential for the ongoing US bid to extradite WikiLeaks founder Julian Assange from Britain.

Testimony of the Icelandic criminal, identified as “Teenager” from “NATO Country 1” in court papers, was cited by US prosecutors to prove a pattern of hacking activities by Assange. Thordarson earlier this year told Stundin that he made false confessions to the FBI after he contacted the US Embassy in Iceland and offered to help them build a case against Assange in exchange for immunity from prosecution and a monetary reward.

The US wants to paint Assange as a serial instigator of computer crimes, most prominently by whistleblower Chelsie Manning. She sent WikiLeaks classified materials about US military operations in Iraq and Afghanistan, including the infamous video of a 2007 massacre in Baghdad, named “Collateral Murder” by the transparency website. Manning served a lengthy prison term for that, which ended with a commutation of her sentence by outgoing President Barack Obama.

Assange defenders insist he was never anything but a publisher and that WikiLeaks was doing what countless more traditional media outlets did without reprisal: revealing information that the public had the right to know. His treatment by the British and American justice systems is perceived by many as retaliation for embarrassing Washington and a dangerous crackdown on legitimate journalism.

In January, a British judge denied the US extradition request, but the decision was justified by humanitarian concerns rather than any flaws in the legal argument against Assange. Judge Vanessa Baraitser ruled that if the Australian is handed over to American authorities, he may take his own life. Washington appealed the decision.

WikiLeaks editor-in-chief Kristinn Hrafnsson told Stundin he hoped Thordarson’s confessions and now prosecution by Iceland would be considered in the appeal proceedings along with the new allegations that the CIA under Mike Pompeo considered killing or kidnapping the anti-secrecy activist.

“The case against Assange should be dropped and under no circumstances, given recent revelations, can the UK extradite him,” he said.

Thordarson’s involvement with WikiLeaks was limited and ended badly, with the organization accusing him of embezzling $50,000 from donations it had received. He pleaded guilty to this crime among other financial felonies during a 2014 trial in Iceland.

Thordarson’s latest legal troubles stem from a growing number of cases of financial fraud levied against him, Stundin said, citing sources. The newspaper couldn’t say if the interview he gave them about smearing Assange and other troublesome episodes of his life contributed to his arrest. Among other things, Thordarson admitted to running several companies to “squeeze out every last penny” before they would inevitably go bankrupt. He called the scheme “very immoral,” but not necessarily illegal.