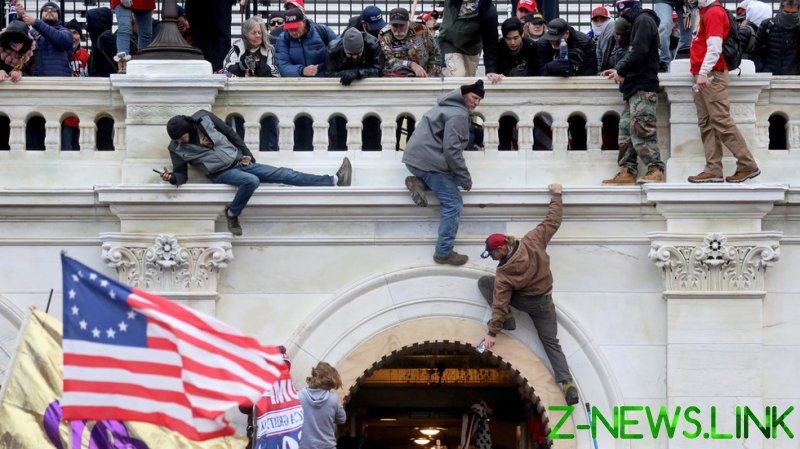 Judge Amit Mehta said that Caldwell did not enter the Capitol building, nor was there direct evidence of him trying to force his way in.

“There are no text messages, communications by him, that speak to entering a building or trying to enter the building. And ultimately, he did not enter the building,” Mehta said, as he ordered the 65-year-old’s release from jail. Because he did not breach the Capitol grounds, he was “differently situated” from his alleged co-conspirators, the judge said, ordering Caldwell to remain at his Berryville, Virginia home under GPS monitoring.

This conspiracy case is so far the biggest in the investigation into the January 6 riot, in which a crowd of Trump supporters breached the Capitol building and disrupted the counting of electoral votes cast in the presidential election. The conspiracy charges against Caldwell were among the first to be brought in connection with the events in Washington, DC.

At Friday’s hearing, Caldwell’s attorney, David Fischer, pointed out that the prosecutors still have to provide evidence that the alleged sinister plan to infiltrate the Capitol actually existed.

While admitting that no evidence was unearthed to support the conspiracy charges, federal prosecutor Kathryn Rakoczy insisted that the militia was prepared to resort to violence.

“The bottom line from the government’s perspective is they were prepared to do violence in whatever ways they needed to,” Rakoczy, who was part of the Mueller probe into the debunked theory that former President Donald Trump colluded with Russia, said, according to Politico.

Nevertheless, she admitted that prosecutors “do not have, at this point, someone explicitly saying, ‘Our plan is to storm the Capitol to stop certification,’” referring to nine alleged Oath Keepers who had been charged in February with a wide-ranging conspiracy “to commit an offense against the United States, namely, to corruptly obstruct, influence, and impede an official proceeding” as well as entering the Capitol to that effect.

Caldwell was initially described by the media as the leader of the militia. His attorney later argued that Caldwell had never been a member of the group, and although he was involved in the Oath Keepers’ preparations for January 6, the plan envisaged fending off possible left-wing violence, not storming the Capitol, his defense said.

In some regards, the prosecution of Caldwell seems to be developing along the same lines as other cases widely reported on by the US media as sinister plots. In one case, a man named Eric Munchel was photographed carrying zip-ties inside the Senate chamber, so many commentators assumed he came prepared to take hostages. It later emerged that he picked up the plastic restraints from a table inside the Capitol building, where they were left by the police.