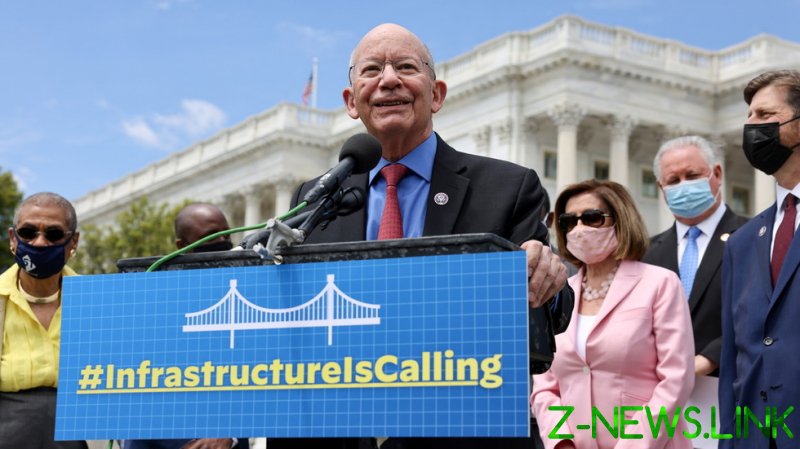 “It’s time for me to pass the baton to the next generation so I can focus on my health and well-being,” DeFazio, 74, said in a statement on Wednesday.

“This was a tough decision at a challenging time for our republic with the very pillars of our democracy under threat, but I am bolstered by the passion and principles of my colleagues in Congress and the ingenuity and determination of young Americans who are civically engaged and working for change,” he added.

The longest-serving member from Oregon, DeFazio has been in the House of Representatives for 36 years. He was among the original founders of the Progressive Caucus, now considered a major influence in internal Democrat politics.

“His legislative successes – including, most recently, helping pass the historic, once-in-a-century Bipartisan Infrastructure Law and the Build Back Better Act – leave an outstanding legacy of progress for America’s children and future,” Speaker Nancy Pelosi (D-California) said in response to DeFazio’s retirement.

DeFazio helped pass the $1.2 trillion infrastructure bill last month. Though six members of the Progressive Caucus voted against its passage, leaving the Democrats short of a majority, 13 Republicans that crossed the aisle made up for it.

As of Wednesday, a total of 19 House Democrats have announced their retirement or a run for another office ahead of the 2022 midterms, which polls currently suggest may result in a Republican sweep.

DeFazio’s seat in Oregon’s 4th congressional district may not be up for grabs, however, as the state legislature redrew electoral maps in September to make it more heavily Democratic. The veteran lawmaker had easily won every re-election since 1988, with the closest call being a six-point win over Republican Alex Skarlatos in 2020.