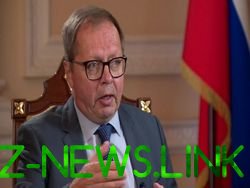 Russia’s Ambassador in Britain, Andrey Kelin has denied the accusations that Russian special services tried to steal the research results of a new vaccine against the coronavirus.

“I don’t believe this story, it makes no sense”, – the Ambassador said in a TV program of Bi-bi-si, which is a well-known British journalist Andrew Marr. The program will air on Sunday morning.

Last Thursday, the three intelligence agencies – the us national security Agency (NSA), the British national cyber security centre and the canadian Agency communications security, issued an official statement in which the blame for the hacker attack put on the grouping of Cozy Bear, also known as APT29 and Dukes.

British national cybersecurity center (NCSC) stated that 95% sure that the Cozy Bear is part of Russian intelligence.

Host asked if it was true, the Ambassador did not directly answer, but said: “I learned about their existence from the British media.”

“In our reality hackers to attribute to any specific country is impossible,” – said Kaelin.

On Friday it became known that the if was developed by company AstraZeneca and the University of Oxford, the vaccine proves successful, then the Russian company “R-farm” will take over part of the production for export to the Russian market and in other countries.

“We do not interfere”

Early this week, the head of the British foreign office, Dominic Raab said that Russia almost certainly tried to interfere in the General elections held in Britain in December 2019, through illegally obtained papers.

In these official documents posted on the Internet, outlining the details of trade negotiations between Britain and the United States, and took advantage of the labour party in its election campaign.

“I don’t see any sense in this topic to use as a method of influence”, – said Kelin.

“We do not interfere. We do not see any sense in the intervention, because for us it doesn’t matter the head of the country’s Conservative party or labour, we will still try to improve those relations, that is,” the Ambassador said.

Kelin said in an interview that Russian officials are studying the results of the recent Russian referendum on changes to the Constitution, found traces of a cyber attack, which led to Britain.

“We’ll find a way to punish”

Touching published last week by the British authorities of the list of 25 Russian citizens, which Britain calls involved in the death of Russian lawyer Sergei Magnitsky, and the reaction to it of Russia, Andrew Marr asked the Ambassador, what is expected response of the Russian authorities.

“As for the [list] Magnitsky, believe me, we will find ways to punish those who impose this kind of sanctions, because sanctions are illegal. Only one authority can impose sanctions, and that the United Nations, a member of the Security Council which, as you previously noticed, the United Kingdom is,” replied the Ambassador.

Marr in response asked: does this mean that Russia will pursue specific people who engaged in “Magnitsky list”, as in Britain, and the United States. What Kaelin said that he didn’t say that, but it’s a “good idea.”

In conclusion, the leader asked the Ambassador to Russia, is not worried that about the fact that it will be found in the report of the parliamentary Committee of Britain’s intelligence and security about a possible intervention of Russia in the mechanisms of British democracy, particularly in a referendum on brexia 2016.

“Let’s see what happens in the report. I saw some leaks last fall, so we’ll see, because the charges followed different leaks, and it will be regular charges. If there is some truth in this, or something interesting for us, of course, we will discuss it. But while I know nothing about it” – said the Ambassador.