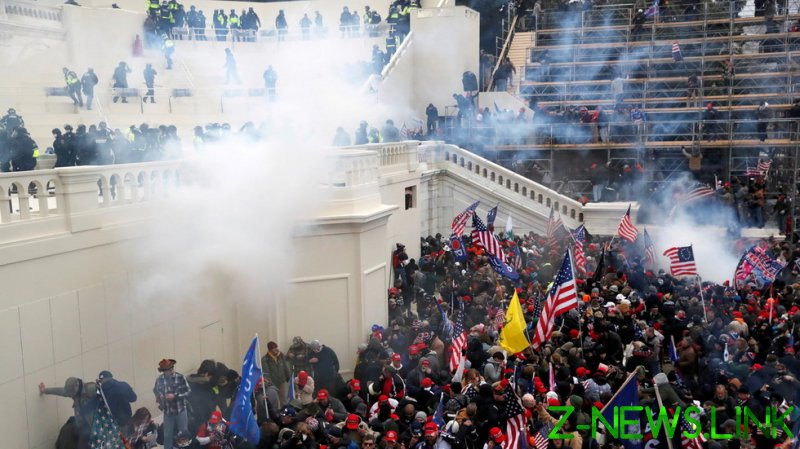 Formed by ‘Never Trump’ Republicans in 2019 with the sole aim of removing Donald Trump from office, the Lincoln Project succeeded in fundraising $90 million while failing to turn Republican voters against Trump. Since Trump’s departure from Washington, they’ve stayed active online, campaigning against all but the most centrist, establishment-friendly Republicans.

Central to their current online presence are their calls for anyone involved in the pro-Trump riot on Capitol Hill in January to be “held accountable.” Part of that mission seemingly involves endlessly reminding the American public about the minute details of the riot, which they did on Friday with a series of ‘live’ tweets chronicling the so-called pro-Trump “insurrection” from start to finish.

The Lincoln Project chose to retell a story that’s saturated the media for the past three months, but, in doing so, managed to fool some liberal followers a second time. One said she called her husband “to tell him it was happening again.”

“This scared the s**t out of me,” another commenter tweeted, while others accused the Lincoln Project of needlessly stoking fear of another bout of pro-Trump lawlessness and “retraumatizing” viewers.

These Twitter liberals weren’t the only ones apparently traumatized by the riot. Back in February, New York Congresswoman Alexandria Ocasio-Cortez and her progressive colleagues held a special session of Congress to “talk about their lived experience” of the riots, and to “call for accountability.” Ocasio-Cortez was widely mocked, especially considering she wasn’t in the same building stormed by the Trump supporters.

Yet calls for “accountability” have dominated media and political discourse surrounding the riots. Of the five people who died on January 6, only one, a Trump supporter shot dead by a Capitol Police officer, has been conclusively linked with the rioting. Yet the Democrats, and some of their allies in the media, have used the day’s events to demand domestic terrorism laws, with the FBI still working to hunt down and charge those who took part in the affray.