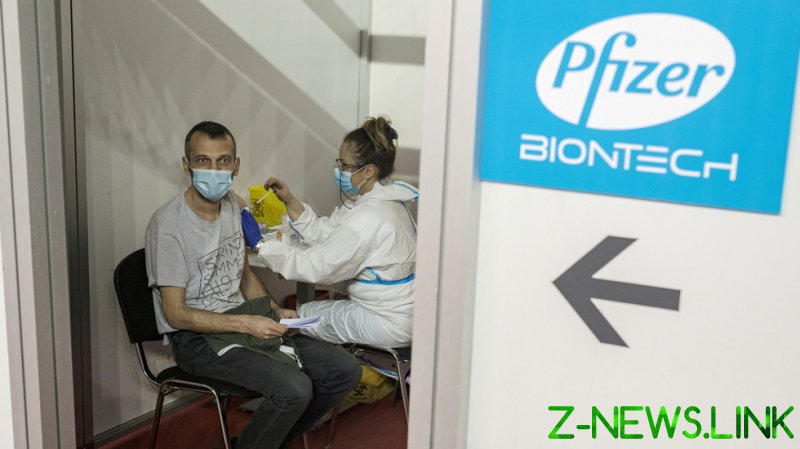 The two companies filed their application to the FDA on Friday, requesting full authorization for use of their vaccine in people aged 16 and older.

“We look forward to working with the FDA to complete this rolling submission and support their review, with the goal of securing full regulatory approval of the vaccine in the coming months,” Pfizer CEO Albert Bourla said in a press release.

While the FDA approved the two-dose Pfizer shot on an emergency basis in December, full authorization would mean the vaccine could be administered even after health officials say the Covid-19 crisis is over.

The companies said they plan to send their vaccine data “on a rolling basis,” also requesting the FDA fast-track the review process, hoping for a decision within six months rather than the standard 10. In addition to their trial data, they are also required to submit information on their manufacturing process and facilities.

Pfizer and BioNTech could soon be joined by AstraZeneca, who is now considering whether to bypass the emergency approval process and seek full authorization instead, according to a Friday report in the Wall Street Journal.

The drive for full-fledged licensing comes as a number of pharmaceutical firms float the idea of regular coronavirus shots, arguing they may be needed for years to come. During an earnings call on Thursday, Moderna CEO Stephane Bancel said “new variants of concern” could make annual immunizations a necessity.

“Over the next six months, as the Southern Hemisphere enters the fall and winter, we could see more variants of concern emerge,” he said, adding “We believe booster shots will be needed, as we believe the virus is not going away.”

Pfizer’s Bourla has said much the same, suggesting last month that booster doses will “likely” be needed within a year of a recipient’s first jab, and possibly every year from then on. Just earlier this week, the CEO also predicted the company’s vaccine will enjoy “durable demand” for the foreseeable future, comparing them to yearly influenza immunizations.

Both Pfizer and Moderna have reaped major financial windfalls from their vaccines. Earlier this week, the latter firm announced its first-ever profitable quarter since its founding in 2010, raking in $1.7 billion so far this year from its jab alone. It forecasted $19.2 billion in sales for all of 2021, jacking up a previous estimate of $18.4 billion. Pfizer, meanwhile, said on Tuesday that its vaccine brought in a cool $3.5 billion for the first quarter of 2021, becoming its highest-earning product.

As the companies make a killing on immunizations amid the pandemic, major players in the industry have vocally opposed a plan to waive intellectual property rights for Covid vaccines worldwide – first proposed by the World Trade Organization and endorsed by Washington this week. The International Federation of Pharmaceutical Manufacturers, a body representing the world’s largest pharma firms, quickly released a statement urging US officials to ditch the concept, insisting it is the “wrong answer” to a “complex problem.”