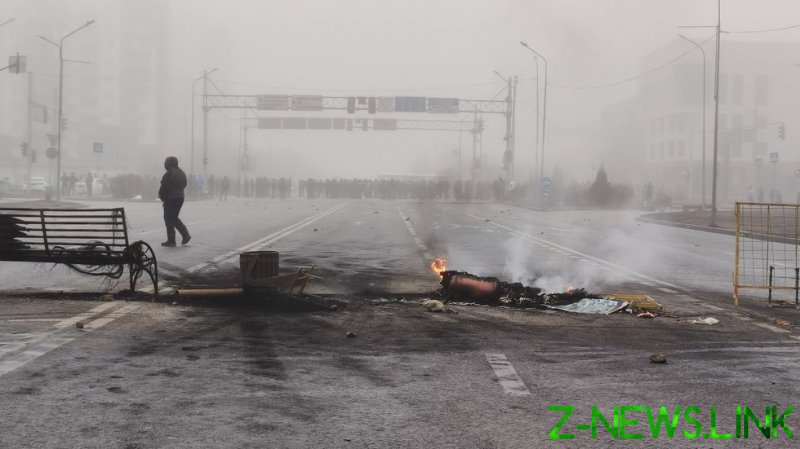 Flights to Kazakhstan are being canceled after Almaty International Airport, the country’s busiest, was reportedly seized by protesters on Wednesday, amid mass unrest triggered by a hike in the price of liquefied gas.

While no visual evidence was immediately available from the airport due to a mass internet blackout said to be happening in Kazakhstan, locally-sourced Telegram news channel Orda cited the airport’s press service as confirming they were no longer in control of the location.

It claimed the media team had confirmed the seizure of the building by some “45 invaders,” but that there were no passengers in the terminal at the time.

Earlier, there had been reports that the Kazakh Army was protecting the airport’s perimeter, and footage of an purported military cordon has been shared online. However, Orda sources reported that the military has since left the scene, and that the airport’s employees had evacuated all remaining passengers. Staff are also said to have been evacuated to safety. 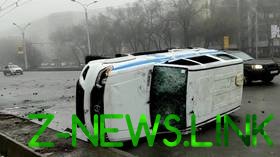 Online radar applications are showing that airlines travelling to Almaty are now being diverted away, with a Rossiya plane from Moscow changing course into Uzbekistan’s airspace and an Air Astana flight from Turkey rerouting away from the Kazakh city.

The apparent situation at the airport comes after demonstrators stormed the former presidential residence in Almaty before a fire started at the building. In response, Kazakhstan’s President Kassym-Jomart Tokayev, who is in the capital city of Nur-Sultan, vowed a strong response to violence on the country’s streets.

“As the head of state and from now on as the chief of the Security Council, I intend to act as tough as possible,” Tokayev declared, confirming he’d taken over the body that advises the government on military and law-enforcement matters, which until now had been formally headed by former president Nursultan Nazarbayev.

The protests began due to a rapid rise in liquefied gas prices, after the government removed price caps that had forced producers to operate at a deficit. In Kazakhstan, liquefied gas is a popular choice of motor fuel, and remote regions without central gasification heavily rely on it. So far, the unrest has led to the resignation of the country’s cabinet, and the government’s pledge to reinstate fuel-price limits for six months.