Home / WORLD / Kazakhstan’s ‘golden man’ has a message for America

Kazakhstan’s ‘golden man’ has a message for America 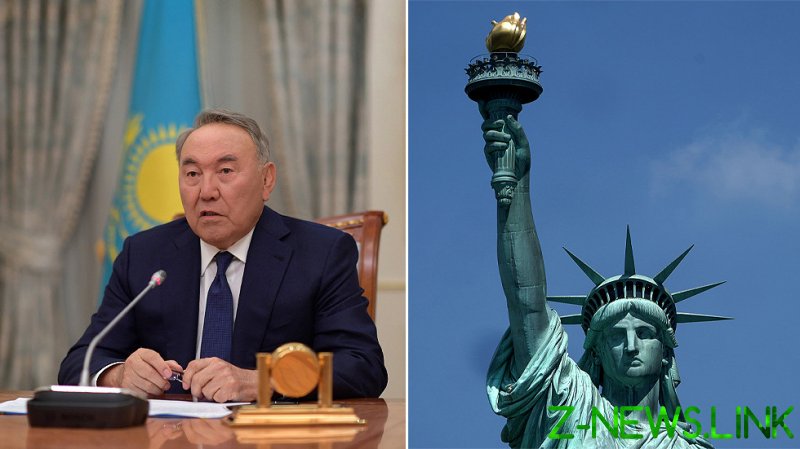 The inability to judge others by anything but our own standards means we’ve often written off other countries and other ways of life. Worse still, our politicians have imagined a world in which ‘good’ must triumph over ‘evil’, and where those we disagree with are hell-bent on destroying our way of life. When the curtain is pulled back, however, it is easy to see how much bigotry is directed towards countries like Russia and others from the former Soviet Union, which don’t, in fact, want or seek a war with the West.

One filmmaker opening the door for people to look at things in a different light is Ukrainian-born Igor Lopatonok, now a US citizen living in California. Recently, I sat down with him on my podcast ‘The Politics of Survival’ to understand what drove him to produce movies like ‘Snowden’, about the eponymous whistleblower, ‘Ukraine on Fire’, and other productions along with Oscar-winning director Oliver Stone.

Their latest feature documentary, ‘Qazaq: History of the Golden Man’, was recently shown at the Asian World Film Festival in Los Angeles, detailing the life of Nursultan Nazarbayev, who governed Kazakhstan for nearly three decades after the fall of the Soviet Union.

According to Lopatonok, “we will destroy ourselves unless we have a balance of power.” The film, he argues, demonstrates how “emerging nations like Kazakhstan show the importance of Eurasian economic development to provide that balance.”

This is the kind of balance that his collaborator, Stone, gets endlessly panned for – approaching his interview subjects, who have included Russian President Vladimir Putin, with a neutral, non-typical Western lens. However, our discourse is so polarized that anything but outright hostility to leaders like Putin and Nazarbayev looks like sympathy.

‘Qazaq’ has been no different, with critics blasting it as fuel for Nazarbayev’s “cult of personality.” Stone hit back, telling the Guardian, “I’m not going to come over and lecture these people about how to run their country and how to run a democracy.” He added that he views Nazarbayev as something of a “tribal chief” managing a difficult country. “It doesn’t work [berating him]. Democracy barely works in the US.”

Lopatonok is also keen to rebut claims the pair are too soft on leaders who are decried as autocrats in the West, but went even further, arguing that “to call democracy the best way to govern is wrong historically and factually.” It is clear, he argues, that there are other ways “to resolve different views and conflicts peacefully, respect for human dignity, the freedom to act, speak and think freely, as long as it does not stop others doing the same, equality before the law, safe and secure community.”

“The US is failing on all five fronts,” he insists. “But I believe, and I got it from my interview with the first President of Kazakhstan, that people will be looking for a new way of governing now more than ever because of this failure,” Lopatonok said. “We can’t call the US’ form of governing a democracy.”

The 2020 US election campaign cost about $14 billion, becoming the most expensive election in American history. This money was spent, Lopatonok said, “to elect Joe Biden, who is unfit to be president of this country, this is a tremendous failure.”

So, while he denies his films are overtly sympathetic to one side of the argument, the Ukrainian-born director believes casting a light on how things are done elsewhere helps dispel the myths that prop up our own struggling systems. In his view, films like ‘Qazaq’ or ‘Snowden’ are important because “the reality we are given by the mainstream media is constructed by the media,” which is not, he claims, “reporting the news, but creating it. It has nothing to do with reality.”

That reality “is not black or white you; need the full picture. We want people to decide for themselves and develop their critical thinking.” Lopatonok said.

But as well as grappling with the legacy of Nazarbayev, who was one of the longest non-royal leaders of any country in the world, the film shows a fascination with Kazakhstan as a crossroads between East and West. The world’s largest landlocked country, it has become an increasing focus for investment and diplomacy, bordering both China and Russia.

In the opening shot, Stone and Lopatonok show the vast steppes from an eagle-eye view, before soaring over the futuristic capital of Nur-Sultan, itself named in honor of Nursultan Nazarbayev. Stone’s interview centers on the long-time former leader’s life, from childhood to his time in office, which saw him strike a careful balance between the great powers in the West and East. According to him, the country’s focus is on economic and social development, rather than playing geopolitical games.

In that, there’s something for us all to learn, and it’s hard not to hope that the American conversation moves away from and rejects the kind of neoliberal hysteria that has led to such hostility towards the eastern hemisphere. Suspicion can give way to a more objective view of other countries, if we want it to. And the US will only benefit from breaking free of its ingrained xenophobia.