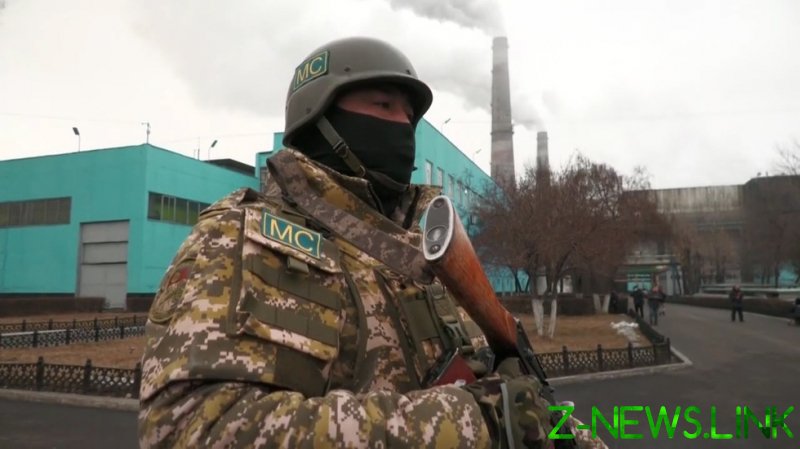 The Collective Security Treaty Organization (CSTO) peacekeeping mission in Kazakhstan was a success, and the multinational deployment will begin a gradual withdrawal in two days, Nur-Sultan said on Tuesday.

Speaking to Parliament, President Kassym-Jomart Tokayev explained that all regions of the country are now stable, more than a week after the start of fuel price protests. The authorities have claimed that the demonstration turned violent after being hijacked by terrorists and organized crime groups.

On January 5, Tokayev asked the CSTO, a security alliance made up of six former Soviet republics, for help in “overcoming the terrorist threat” within the country. The group quickly agreed and sent troops the next day. The multinational force includes units from Russia, Belarus, Armenia, Tajikistan, and Kyrgyzstan.

“The main mission of the CSTO peacekeeping forces has been successfully completed. In two days, a phased withdrawal of the CSTO joint peacekeeping contingent will begin. The withdrawal process will not take more than ten days,” the president said, describing the invitation for foreign assistance as legally justified. 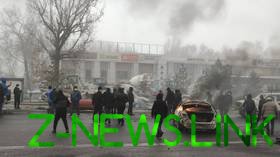 In total, around 2,500 troops were sent to Kazakhstan for the peacekeeping mission, with the goal of protecting “important government and strategic facilities,” such as airports. They did not engage in quelling protests or street battles with protestors.

Demonstrations began early last week in Kazakhstan when large groups of mainly peaceful protestors took to the streets to protest the removal of price controls on liquified petroleum gas, a fuel that many use to power their cars.

Over the next few days, the demonstrations became more violent, allegedly being taken over by criminals who took to the streets with weapons and attacked law enforcement officers. On Monday, Tokayev dubbed the demonstrations an “attempted coup d’état.”