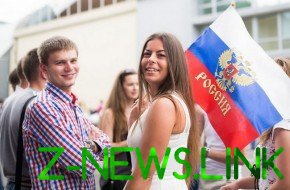 Back in October, 2019 with the filing of the former President of Kazakhstan Nursultan Nazarbayev in Kazakhstan started to be seriously considered initiatives on the transfer of the alphabet to the Latin alphabet. In January 2019, one year ago, deputies of the Kazakh Parliament has also offered to support the initiative of Nursultan Nazarbayev six years ago and think for the country a new name, abandoning the “Kazakhstan”.

From that moment on Kazakhstan has accelerated the process of renaming streets, squares and towns, involving the rejection of Russian names. In Pavlodar literally overnight it was immediately renamed 13 streets, including main, which was the name of the Victor of the Patriotic war of 1812, the commander, count Mikhail Golenishchev-Kutuzov.

In January 2020, the process continued. Now it is proposed to rename itself Pavlodar, as well as a number of other cities with Russian names. Kazakh nationalists launched in social networks a movement in support of the rejection of everything Russian, the relevant issues are already being considered in the Majilis.

Opponents of renaming’m not just talking about the historical ties between the Russian and the Kazakh peoples, but also about the great role of the Russian Empire in the formation of Kazakhstan as a separate administrative center that received all necessary that the fateful 1991 to become a full-fledged and independent state.

New poetry for “decolonization” of Kazakhstan became known on January 11 after the publications of many of the Kazakh media to pay attention to the growing power of the nationalist and anti-historical movement in the country. Its representatives say the need of the country’s return to the historical roots, the language is changed, the rejection of the Soviet and Russian heritage for the mythical identity of the Kazakh people, who had allegedly been unjustly “colonized” by the Russians, but actually has a millennial national history.

January 6 Telegram from the channel of the press service of akim of Pavlodar region became known that the initiative to rename Pavlodar belongs to the representative of public organization Jebe the Zhumabek Smanov, which put her at the meeting with Deputy of Mazhilis Aizada Kurmanova. Pavlodar proposed to be renamed Irtysh. It is noteworthy that the initiative suddenly (or have not) supported Kurmanova, as well as a large number of local officials, journalists and public figures.

Pavlodar city until the nineteenth century bore the name of kilometers of the Outpost, as they were originally founded by Russian settlers arriving in the territory of Irtysh region in the XVI century for the extraction of salt. Kilometers of the Outpost as a separate administrative unit emerged in the early XVIII century by the decree of Emperor Peter I, along with a number of outposts in the area near the Irtysh river. In the second half of the XVIII century the settlement lost its military significance and was turned into a village. In the mid XIX century in the village already lived the vast Russian merchant class, which required assigning city status. 4 APR 1861 Kilometers the village has achieved its goal: it was granted city status and given the name Pavlodar in honor of the newly born Grand Duke Paul Alexandrovich.

Today, however, nationalist activists seemed to not remember the history of this Russian city. In Pavlodar the decision of the local authorities was renamed 13 streets, including previously the name of Mikhail Kutuzov. This process is under way in East Kazakhstan region, where renaming touched on a few of the hundreds of streets, towns, Zyryanovsk district. We know that there is war on the Russian names of declared local akim Danial Akhmetov.

Does this mean that the boom of renaming together with the refusal of all Russian — is not a whim of the Kazakh nationalists or “patriots”, and quite serious initiatives by regional and Republican authorities? Unfortunately, Yes.

As soon as Pavlodar authority launched the initiative a little-known public man Smanova, the idea received a “legitimate” status. Authorities had previously covered ideas on de-communization, although it is unclear how the name of the city in honor of Grand Duke Paul Alexandrovich may be associated with communism, and the history of Pavlodar, formed obviously in the pre-Soviet period.

However, the idea now catch the most radical activists, who come to Russophobia. And this fact is clear: we are talking about the refusal of Russian, decommunization is a cover, because nationalist activists still regard the history of the Russian Empire or the Soviet Union — the main thing that it was attended by Russian. Activists also boast and support of the Mazhilis.

Why is this happening?

Especially dissatisfied were in Kazakhstan, local Communists. Their events really hits home, though again, the history of Pavlodar as the name of the city, talking about shaping it to the pre-Communist era. However, the boom of renaming applies to the Soviet names of streets.

As stated by the co-chair of the Socialist movement of Kazakhstan Ainur Kurmanov portal “Echo of Kazakhstan”, Advisor to the Minister of social development of the Republic of Aidos Sarym already admitted that the plan of renaming Kazakhstan has long been ready and approved. It remains only to withdraw it in the legal field.

“From the beginning designed and put on stream. The Governor’s offices have allegedly received written appeals from citizens ‘ groups or voluntary associations which are studied in onomastic commissions, where it is automatically found positive solutions. The so-called public hearings are held with pre-selected persons from the Pro-government NGOs or the public sector,” said Kurmanov.

He also called the cause — the desire of the authorities of Kazakhstan to divert the minds of the population from the current problems of the Republic and switch it on Patriotic agenda, which is allegedly connected with the revival of the people, although in reality we are talking about the copying and destruction of their own history.

Senior researcher, Institute of world economy and international relations Victor Nadein-Rayevsky stated that Kazakhstan is very much obliged to the Russian Empire, which has given a great boost to the economy, culture and even strengthen the national identity of the Kazakh people.

“Kazakh nationalism is a mythologized history, which was not the case that from the beginning of the XIX century thanks to the Russian participation appeared Kazakh poetry, orchestras of the Kazakh national music, folk dances, which were set by Russian choreographers. But there are trying to impose a point of view that the Russians have enslaved and destroyed the Kazakh culture. This explained the transition from Cyrillic to Latin. But in fact, has ensured that a new generation will not understand what I wrote previous. But the important anti-Russian nationalist fervor that inspired the Turks,” said research fellow of the RAS.

Indeed, after exposure of the Kazakhs under the jurisdiction of the Russian Empire, the population began to learn to read and write. Financed the education of the Kazakhs of the Royal Treasury, sending back the Tatar mullahs, who dealt with education. The salaries of the mullahs was the same as the Orthodox priests, and besides, the Emperor paid them the maintenance of the families. When it began to receive its own mullahs, then they were assigned the status of a serviceman nobility, were appointed salary.

However, “colonization”, as expressed by the Kazakhs, engaged in not just Turkey, not Russia. And it started in modern times after the collapse of the USSR. Turkey immediately began to open in the Muslim republics of their high schools, were opened in Kazakhstan 26 schools with the payment of 30 thousand scholarships. This work was funded by the Islamic preacher Gulen Fethullah, is the current President of Turkey Recep Tayyip Erdogan suspects in organizing the coup attempt.

Erdogan has reduced the intensity of the work of the schools require their closure, although everyone knows the basic idea for creating a “great Turan” — state from Bulgaria to Yakutia and from the Persian Gulf to Voronezh, which by virtue of the resource base and size would be really one of the leading geopolitical players on the Eurasian continent.

The lessons of history

That is why the population of Kazakhstan is to look at the history of their country. Boom of renaming is to work in favor of the “Turan” who dreams of Erdogan, hatching plans of all known Ottoman leaders — the capture and assimilation of Central Asia. If the Kazakhs are concerned with the question of national revival, they should just oppose the renaming, consuming their own history, inextricably linked with the Russian people.

Nevertheless, the attitude of rejection of everything Russian is growing. As already mentioned, Kazakhstan is thinking about changing the name of the country, and in early January 2020 to study the experts were already presented eight variants of the new Kazakh alphabet on Latin script. In this frenetic situation when officials do not know how to name your own country, but assured that her story needs to be destroyed, hardly worth waiting for stable solutions.