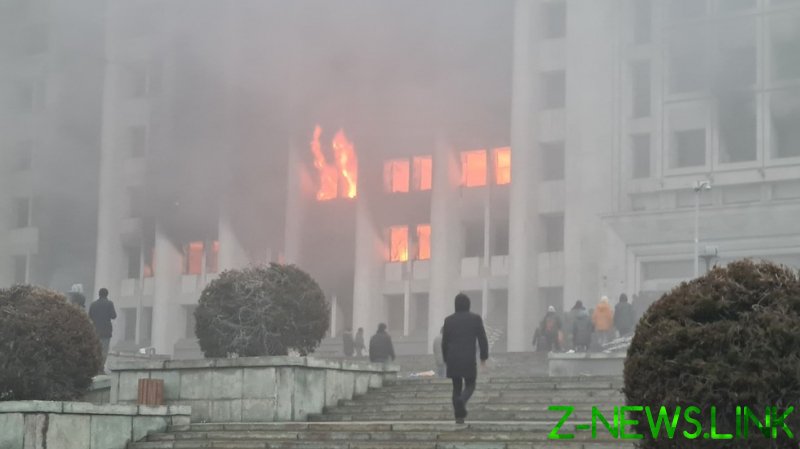 Violent and bloody clashes in Kazakhstan are a form of aggression leveled against the country, Russian President Vladimir Putin has said, claiming the same tactics used in Ukraine in 2014 were deployed to coordinate protests.

Speaking as part of a meeting of the Collective Security Treaty Organization (CSTO) on Monday, Putin said that the mutual defense pact’s troops were working to secure the Central Asian nation after armed groups captured a number of key facilities and effectively took control of its largest city, Almaty. Kazakh President Kassym-Jomart Tokayev requested military support last week, insisting that the country was under attack from foreign terrorists.

“Well-organized and well-controlled groups of militants were used,” President Putin alleged, “including those who had apparently been trained in terrorist camps abroad.” At the same time, he went on, “Maidan technologies” were used to support the rioters and share information, akin to those that led to the ousting of the Ukrainian government. 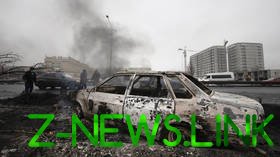 However, according to the Russian president, the threat to Kazakhstan’s stability comes not from the spontaneous protests which started over fuel price rises, but from those who escalated it into an armed conflict.

Putin also added that the CSTO peacekeeping force deployed to Kazakhstan last week is acting in a timely and legitimate way, despite concerns in the West that the move could pose a threat to the sovereignty of the Central Asian country. In a series of remarks to journalists over the weekend, US Secretary of State Antony Blinken claimed that “one lesson of recent history is that once Russians are in your house, it’s sometimes very difficult to get them to leave.”

However, Putin said, the troops from Russia, Belarus, and a number of other former Soviet Republics will only be stationed there for a limited period, and will withdraw once they have achieved their main objectives. According to him, the situation in the country is already stabilizing and groups of militants have been cleared from a number of vital facilities.

CSTO peacekeepers began arriving in Almaty over the past few days to guard the city’s airport after it was captured by anti-government protesters. Mass unrest broke out across much of the vast country after the New Year, with demonstrators taking to the streets following a steep rise in the price of liquified petroleum gas (LPG), which is used by many to power their cars and had previously been subsidized by the government. 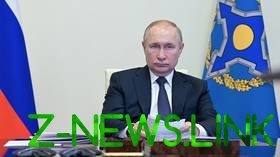 Around 1,000 people have been injured during the violent clashes that followed, the UN estimates. Kazakhstan’s Interior Ministry claims that at least 18 police officers and military personnel have died, and more than 1,300 have been wounded.

On Monday, local media reported that a famous jazz musician from neighboring Kyrgyzstan, Vikram Ruzakhunov, was released from custody in Kazakhstan after appearing in a controversial “confession” video in which he said he had taken part in the protests in exchange for just $205 in cash. Ruzakhunov appeared to have cuts and bruises on his face, leading to concerns that his purported confession had been made under duress.