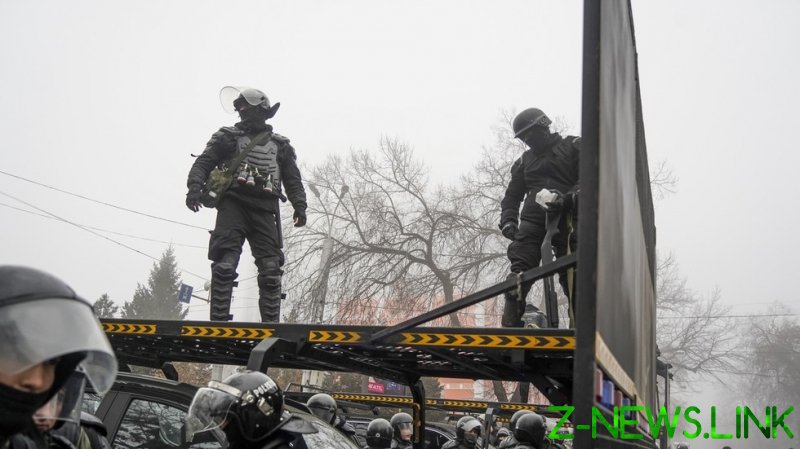 Kazakh President Kassym-Jomart Tokayev has explained how he believes the ongoing turmoil unfolded in his country, blaming the widespread street violence and looting on thousands of armed “gangsters and terrorists.”

Tokayev presented a timeline of the crisis, taking to Twitter with a large English-language thread late on Friday. Tokayev said he promptly addressed the initial demand of protesters, who were angered by a sharp hike in liquefied petroleum gas prices. He instructed the government “to regulate the price” on January 2 – effectively as soon as the protests took off.

“Regretfully, the protests in several regions of Kazakhstan and Almaty led to escalation of violence. Therefore, I decided to fire the government and imposed a nationwide curfew,” he added.

This move also failed to stop the unrest, as “the protests led to further escalation of violence all over the country,” Tokayev admitted. The president reiterated his earlier claims that the chaos was a result of “an armed act of aggression, well prepared and coordinated by perpetrators and terrorist groups trained outside the country.”

Tokayev claimed that as many as 20,000 “gangsters and terrorists” were involved in the violence, with the country’s largest city of Almaty enduring “at least six waves of attacks of terrorists.” The rioters were “very well trained, organized and commanded by the special center,” the president alleged, claiming that some of them were apparently foreigners “speaking non-Kazakh languages.”

Tokayev reiterated his resolve to “neutralize” the “terrorists and gangsters” behind the unrest. Earlier in the day, he said no dialogue was possible with those who refuse to lay down arms, authorizing law enforcement to open fire on rioters without warning.

In my basic view: No talks with the terrorists, we must kill them.

The Kazakh leader also touched upon the peacekeeping mission by the Russian-led Collective Security Treaty Organization (CSTO), which has been deployed in the country at his request. The multinational peacekeepers will remain stationed in the country for a “short period of time until the stabilization of the situation,” Tokayev said.