Home / WORLD / Karin Kneissl: Saudi-Iranian reconciliation is possible and would become a game changer for the region

Karin Kneissl: Saudi-Iranian reconciliation is possible and would become a game changer for the region 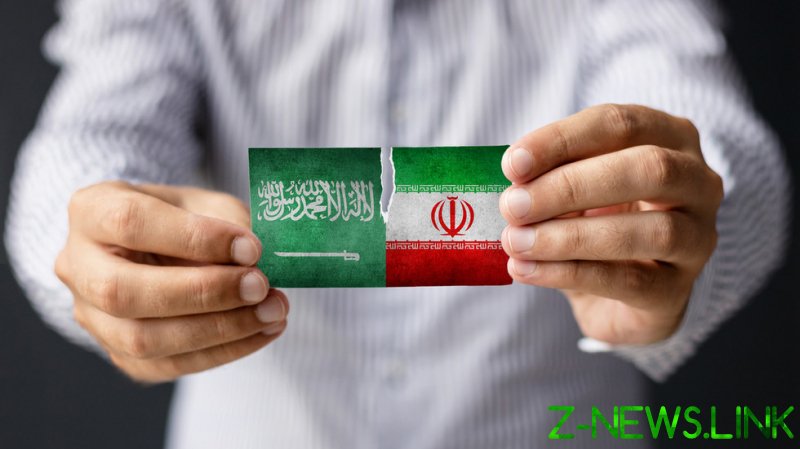 The outcome is as-yet uncertain, but things could improve.

Benjamin Netanyahu, Israel’s long-time prime minister who was forced to resign a few months ago, always harbored a deep contempt for the diplomatic apparatus he led for several years as Foreign Minister in parallel with his role as head of government.

He openly bypassed the Ministry of Foreign Affairs and entrusted his confidant Yossi Cohen, until recently head of the Israeli intelligence service Mossad, with diplomatic missions. Cohen was supposed to systematically establish contact with the Arab Gulf states, especially the United Arab Emirates and Saudi Arabia. US President Donald Trump’s openly pro-Israel administration promoted this avenue and, in autumn 2020, the so-called Abraham Accords were signed.

The accords were named after the Old Testament Patriarch Abraham, the father of three monotheistic religions – Christianity, Islam and Judaism. By signing the accords, the United Arab Emirates and later Bahrain, Sudan and Morocco, basically broke with the general position of Arab nations on the issue of Palestine rooted in the Arab Peace Initiative. The Saudi-proposed initiative, endorsed by the Arab League in 2002, calls for a normalization of Arab-Israeli relations only after the establishment of a Palestinian state and an end to the Israeli occupation.

Despite Netanyahu’s intensive advances, Riyadh did not sign the accords, which is understandable for reasons of Saudi legitimacy in the Islamic world. After the expulsion of the Hashemites in the 1920s, the House of Saud took on the role of the sharif and guardian of the holy places of Islam – Mecca and Medina. This role would have been called into question in the Islamic world if the Saudi royal family had allowed an Israeli embassy in Riyadh and sent a Saudi ambassador to Israel. When Egypt signed a peace treaty with Israel in 1979, it was suspended from the Arab League and isolated for several years.

Meanwhile, Egypt and the Gulf monarchies, as well as all Sunni Arab states, maintain an intimate alliance which, above all, shares negative sentiments towards Iran. Home to one of the world’s oldest civilizations, Iran differs from the relatively young Arab nation states not only by its long history as a Persian-influenced culture. It is also about theological disputes between the beliefs of the Sunni, to which about 90% of Muslims belong, and those of the Shia, which dominates in Iran and Iraq.

Interreligious conferences, which I also initiated during my time as Foreign Minister at the then Vienna-based King Abdullah Center for Interreligious and Intercultural Dialogue, are taking place more and more often and certain difficulties are being ironed out here and there. Instead of accusing each other of heresy, after the Islamic State reign of terror in both Syria and Iraq, the path seems clear again for a coexistence between Muslims. Islamist terrorism – whether it is the attacks of al-Qaeda, ISIS or their many offshoots – has claimed the largest number of victims among Muslims.

Qatar has always maintained dialogue with Iran and acts as a diplomatic conduit in many Middle Eastern directions. Similarly, Oman was the site of important stages of meetings between the US and Iran. In July 2015, when the Iran nuclear deal, formally known as the Joint Comprehensive Plan of Action (JCPOA), made it possible for Tehran to return to the international stage, there were growing concerns from certain Arab states and Israel. They rejected the deal, which had been endorsed by the UN Security Council’s Resolution 2231, and was intended to clear the way for the lifting of sanctions against Iran. There were also repeated calls for military containment of Iran and the strong role in the region that it has assumed.

In the face of the energy supply crisis in Lebanon and the US sanctions against Beirut, Tehran continues to expand its sphere of influence. Every Iranian oil tanker in the port of Beirut supports pro-Iranian Hezbollah, while the country is locked in a political stalemate and indissoluble corruption. The diminutive Lebanon is in many ways a microcosm of Middle Eastern power games, and it is precisely the Sunni-Shiite conflict that is tearing the country apart.

The proxy wars between Saudi Arabia and Iran, whether in Lebanon or Yemen, could come to an end in the face of a possible reconciliation between the two rival states. This would have far-reaching positive consequences for the entire region, one which is usually more likely to make headlines with war. But this won’t be thanks to the UN, the US, or the EU, despite their multiple special envoys to the Middle East. It is the regional powers that are taking matters into their own hands, with their latest meeting having taken place in Baghdad in late September.

Successful diplomacy requires discretion. Relatively unnoticed by the daily press, intermediaries and delegates create new options. Russian diplomacy, which has excellent contacts with all parties, also plays a role here, because their interests converge. China is also a partner at the table. There are similarities with both its major energy supplier Saudi Arabia and Iran, with whom China wants to work closely over a 50-year period as part of a comprehensive strategic partnership.

If Tehran and Riyadh start a new chapter together, a lot would change. This is being followed with nervous attention in Israel, as the end of the “divide et impera” policy, which has been a suitable means of regency since Caesar’s time, is looming; rule by sowing discord.

Israel has recently threatened Iran again over its nuclear programme. “We know that there are moments when nations must use force to protect the world from evil,” Israeli Foreign Minister Yair Lapid said earlier this month at a meeting in Washington with his American and UAE counterparts.

What we have known for almost 20 years, the risk of a regular flare-up of war in the Persian Gulf is once again a specter. The JCPOA agreement was torpedoed by the US withdrawal in May 2018. It was the firm cause of Israel, but also of many Arab Gulf states, to bring the agreement down completely. Netanyahu would in the past get rebuffed by his military as head of government when he commissioned preparations for such an option. Whenever the fear of war grew, the price of oil rose. These politically driven price fluctuations were particularly huge in the spring of 2008.

Geopolitics does not currently determine the price of oil

In the summer of 2015, when relations with Iran looked set to normalise, many observers – including myself in my analyses at the time – relied on an expansion of the oil supply of the Organization of Petroleum Exporting Countries (OPEC). Iran has important oil fields and even more interesting natural gas fields that are not operational as a result of sanctions.

If, this time around, there is a solid and comprehensive reconciliation between the countries bordering on the Persian Gulf, I do not think that this would lead to major relief for the oil market. This time it is not the “geopolitical risk premium Iran conflict” that has driven up the price of oil since the beginning of the year. The old rules of supply and demand apply. Due to a lack of investment in the fossil fuel sector, we have a shortage of supply and the post-pandemic demand for crude oil is apparently greater than previously calculated. In Iran, investments to bring the resource-rich country to where it could be without sanctions have also been lacking for years.

While the US has to say goodbye to the region after twenty years and deal with many foreign policy debacles such as in Afghanistan, the regional powers are gaining self-confidence and an increased sphere of influence. If the many historical rifts and atrocities that have been inflicted on each other in recent years in Yemen, Syria and Iraq can be overcome, and a basis for more common ground can be found, then the cards in the region would actually be reshuffled. What has transpired so far in official reports gives cause for hope. After the blockades that caused hunger, mass executions and movement of refugees, it is time to open a new chapter in history for the tormented population of the region.