Home / WORLD / Karin Kneissl: Jordan’s royal dynasty is volatile, but it’s a matter for Jordanians to solve themselves

Karin Kneissl: Jordan’s royal dynasty is volatile, but it’s a matter for Jordanians to solve themselves 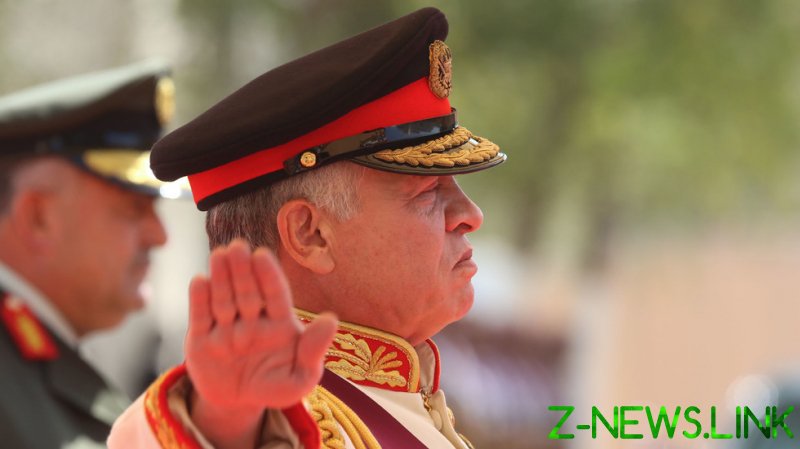 As a Jordanian monarch, you need to be a survival expert. There are reasons why the charismatic King Hussein, who reigned from 1952 to 1999, was nicknamed the ‘Desert Fox’. He survived one of the many assassination attempts against him thanks to a medal pinned to his uniform by his grandfather shortly before the attack. The bullet ricocheted off the metal. Dozens of other attempts followed. Hussein was one of the great men of the Middle East. He could be a partner with Israel and the US, and at the same time show his solidarity with Saddam Hussein. I remember well his trip to Baghdad after the Iraqi invasion of Kuwait in August 1990, when all the Arab governments, even Syria’s Hafez al Assad, allied with the United States against Saddam. King Hussein knew, however, that not only in his country did the Arab people support in their hearts the dictator who opposed the US. The two rulers appeared on the balcony as brothers in arms. King Hussein repeatedly performed such a balancing act, for he possessed wise instincts, experience and a great deal of respect. Some of his relatives were Iraqi monarchs appointed by the British, and they were brutally murdered in a coup d’état. Hussein grew up in the midst of these dangers. He knew he needed to be faster and smarter than his rivals. He only lost the fight against cancer in 1999.

The Hashemite dynasty and Islam

When the Palestinians tried to revolt in the autumn of 1970 in the so-called ‘Black September’ and the country was threatened by civil war, Hussein suppressed it extremely violently. The number of people killed in a matter of weeks is not known; perhaps 10,000 or more. Hussein saved his kingdom, the Palestinian resistance moved to Lebanon, which became a bloody stage for the PLO and Israel. In Israel, they study Hussein’s approach at seminars to this day as the “perfect anti-terrorist operation.” Palestinians, who have arrived in the kingdom in several waves of refugees since the establishment of the state of Israel in 1948, make up a half of its population. The other half comes from Bedouin tribes, which, according to the feudal tradition, have always formed the backbone of the ruling house. The Hashemite dynasty is one of the oldest tribes of the Arabian Peninsula. For centuries, they have protected the holy places of the Islamic world as Sharifs of Mecca and Medina. Their legitimacy therefore carries much more weight in the Arab world than that of many subsequent clans. The Saudis, always in alliance with the Wahhabi clergy, do not possess such a history. Neither do the monarchies of the Arabian Gulf, once described by Egyptian diplomacy as ‘Tribes With Flags’.

King Abdullah II bears this responsibility for the Islamic world, including the Al-Aqsa mosque in East Jerusalem. The performing of this duty is often enough dependent on the goodwill of Israel. Jordan was the occupying power in those Arab territories which, according to the UN partition plan of 1947, were to establish an independent state. Then Israel invaded East Jerusalem and the Golan Heights in 1967 and annexed them in 1980 in violation of international law, UN resolutions and against the will of the local population.

There had been continual contacts between the Hashemites and the Israelis long before the 1995 peace treaty, which failed to live up to expectations. Recently, relations have become very icy again. In spite of everything, however, the old constant is applied: Israel does not allow a vacuum with its important neighbor. There is intensive cooperation in the security apparatus. The Jordanian intelligence services have the best contacts in Iraq and Syria, which is not only due to the language skills of the Jordanians. Many attacks have been prevented thanks to Jordanians.

The establishing of the terrorist militia Islamic State goes back to Iraqi Al-Qaeda leader al-Zarqawi, whose tracks, in turn, lead to Amman. Jordan paid special attention to Islam oriented groups from Hamas to Islamic State; this took place at the very early stages when the Israeli authorities were still financing construction of mosques by Hamas. Although the knowledge of history and historical consciousness in the Middle East have considerably waned in recent decades, many people realize: While this small kingdom may be celebrating on 11 April its 100th anniversary as a territorial state, the role of the Hashemites goes far beyond that. King Hussein hesitated for a long time before he officially relinquished his claim to the role of guardian of Mecca and Medina.

Last Sunday, all the monarchies demonstrated their support for King Abdullah II as the alleged conspiracy by Hamzah, his 41-year-old half-brother, was revealed. Hamzah is being accused of plotting to undermine Jordan’s “security and stability.” Foreign parties were involved in the plot, Foreign Minister Ayman Safadi said. Hamzah, who had spoken out about corruption and people’s discontent by video message, was placed under house arrest, and has since released a pledge of loyalty to his family and state. A media gag order was then introduced in Jordan regarding the issue.

Hamzah is an offspring of King Hussein’s fourth and last marriage to the American lady Elizabeth Halaby, who became Queen Noor of Jordan through marriage. He can be said to have had the chance to take the throne twice: First in 1999, when during the last days of his life, King Hussein stripped his brother Hassan of the title of Crown Prince (and designated successor). Queen Noor was said to have insisted Hamzah take the title, but it was given to Abdullah, a son of Hussein’s second wife. Abdullah then named Hamzah his own heir apparent, but in 2004, stripped the title from him in favor of his own son.

Abdullah, having spent many years in Britain as a child and even speaking Arabic with a strong British accent at first, faced a lot of difficulties in the beginning of his reign. These stemmed first and foremost from his inability to fill the shoes left by his great father Hussein. The assumption that his wife Rania, who came from a Palestinian family, would be a bridge to the population proved to be an illusion. Rania became the perfect spokesperson of the Royal House in the Anglo-Saxon world, speaking convincingly on important issues such as the prohibition of honour killing. Domestically, however, she and her family have repeatedly come under suspicion of corruption, and some tribal chiefs complained about their real estate deals.

There is nothing new in the media now saying that Prince Hamzah apparently had disgruntled tribal leaders among his acquaintances, and that the uprisings had been in the pipeline. For as long as I can remember, there have been demonstrations in Jordan. Rising bread prices, cuts in fuel subsidies, the dissolution of parliament – all these have been repeated over the years. The royal house knows how to stay out of these things. Then, a new prime minister is appointed every time.

The question for Abdullah is what to do with Prince Hamzah now. Some republican ruling houses disposed of discontented or unreliable relatives by appointing them as ambassadors. Saddam Hussein did this by sending his half-brother al Tikriti to the UN in Geneva. Hafez al Assad did the same with his brother Rifaat, who tried to stage a coup against him when he was suffering from a heart attack.

Whether reconciliation and trust will be restored within the family is a personal question. Or, given the difficult economic and social situation, which is currently characterized not only by refugee drama, water shortages and mass unemployment, but also by the coronavirus crisis, could there still be major unrest?

After the experiences in Syria, Iraq and Yemen, the US and also some Gulf states would be well advised not to interfere with the internal affairs of Jordan. King Abdullah has refused to allow the Saudis to use their military bases to launch air strikes against Syria. He opposes many adventures of the Emirates and knows how little the Israeli prime minister’s word counts for. The Jordanians will solve this dilemma themselves. This week’s centenary celebrations will have a drop of bitterness, and the story of palace coups and conspiracies big and small will continue. Dissatisfied princes also live in Riyadh and Dubai.