Home / WORLD / Kareem Abdul-Jabbar declares celebrity ‘wrongthink’ threatens society and urges them all to shut up (except him, of course)

Kareem Abdul-Jabbar declares celebrity ‘wrongthink’ threatens society and urges them all to shut up (except him, of course) 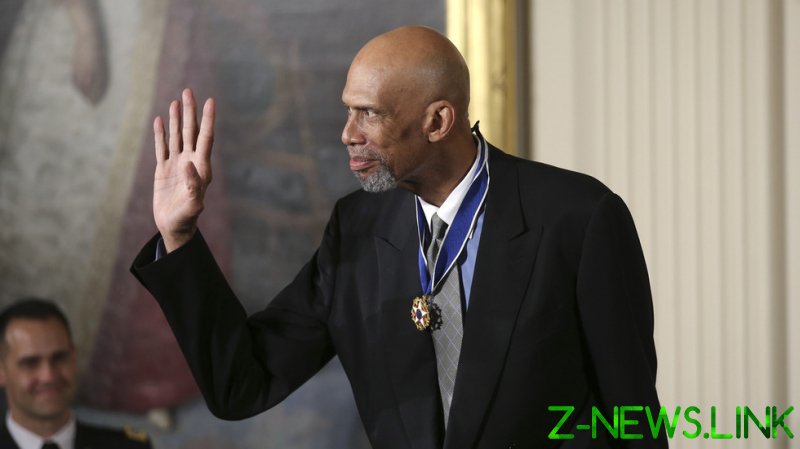 Celebrities with political opinions outside the ‘safe’ range dictated by the media establishment should keep their mouths shut and their Twitter fingers still, Abdul-Jabbar declared, in a shockingly tone-deaf op-ed in the Hollywood Reporter on Thursday.

That’s right – a man who became famous for being able to put a ball in a hoop really, really well thinks a professional writer expressing her opinions on social media is doing as much damage to her legacy (and to society at large) as a habitual sex predator assaulting women.

Calls for celebrities to “stay in their lane” and keep mum about subjects they know nothing about are nothing new, but many of Abdul-Jabbar’s targets are very much in their “lanes” – indeed, it’s their authority on their respective subjects that he fears and loathes. He criticizes former New York Mayor Rudy Giuliani for throwing his legal weight behind President Donald Trump’s reelection campaign, deriding the ex-prosecutor’s claims of election fraud as “flat-earther, anti-vaxxer cult-think” and arguing anyone who believes such claims only does so because “someone in authority” like Giuliani has espoused them. The solution, he suggests, is to silence Giuliani for “undermin[ing] the democratic process.”

Even the handful of actors Abdul-Jabbar savages for posting political content have the same right as he does to tweet their mind on current events. While he clutches his pearls about gullible Americans’ willingness to believe anything celebrities say, his idea of a solution is not to urge people to think critically – just to silence the “wrong” opinions. He laments that social media companies aren’t able to label every single ‘wrongthink’ post with a “fake news” tag, urging the platforms to do the impossible and restrict every single opinion that “cause[s] harm to society.”

The notion that the free exchange of ideas – theoretically one of the principles on which the US was founded – is somehow harming “the foundation of society” would be laughable if it hadn’t become such a popular view among influential Americans. Celebrities like Abdul-Jabbar would no doubt be calling for the nation’s founding fathers to be censored if they lived in the modern age (“common sense” a la Thomas Paine being a known dog-whistle for conspiracy theorists!).

“Great success in one field can lead to the delusion that all your thoughts are great,” Abdul-Jabbar writes. Alas, he seems impervious to his own advice. While America’s toxic celebrity culture is quick to put sports stars, actors, and other famous people on a pedestal, just because one can throw a ball or sing a song does not mean one has the right to pass final judgment on what constitutes legitimate political opinion. If Abdul-Jabbar isn’t careful, he’ll go down in history not as a superstar basketball player, but as an apologist for authoritarianism.