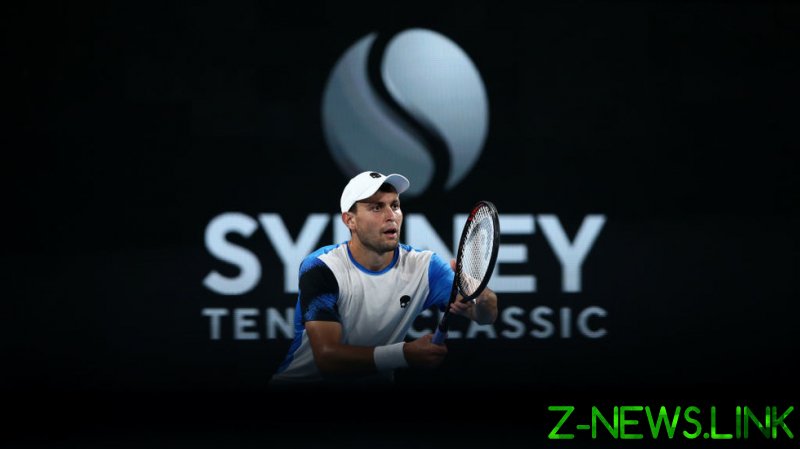 Aslan Karatsev breezed past three-time major winner Andy Murray to win the Sydney Tennis Classic – giving the Russian a huge boost ahead of a Grand Slam at which he was only beaten by champ Novak Djokovic in the 2021 semifinals.

In a triumphant first meeting with Murray, world number 20 Karatsev produced a near-perfect performance to earn the third title of a career that has sprung into sensational form during the last two years.

The champion kept his response concise in his post-match interview, acknowledging the difficult circumstances that tournaments are being held in as a result of the pandemic.

Veteran Murray was emotional, speaking of how he missed his family and congratulating Karatsev.

“I know he also arrived here late in Australia – he was recovering from Covid – so it’s all the more impressive,” said the former world number one, wishing Karatsev good luck for the Australian Open.

“I’ve really missed playing in these kinds of matches. The result didn’t go my way but hopefully I can have more matches like these.”

Karatsev made a dream start to the final, breaking Murray immediately and holding his first service game to love.

The 28-year-old broke Murray again at the end of the opening stanza to take the first set 6-3, then went 3-0 up at the start of the second.

The fifth game of that set was telling, taking 13 minutes for Karatsev to hold his serve and survive five break points to surge 4-1 ahead.

Both players were covered in sweat by that stage, with Karatsev calling for more water and Murray, who had been increasingly animated on court, looking drained as the familiar refrain of Neil Diamond’s ‘Sweet Caroline’ rang out around the arena.

A boisterous crowd featured a raft of Great British and Scottish flags, with some supporters donning face paint and fancy dress nodding to Murray’s homeland.

The five-time Australian Open finalist was in his first final since 2019 but never seriously threatened to beat Karatsev despite showing plenty of spirit throughout the match.

With his t-shirt drenched, Murray pushed Karatsev at 5-3, saving two match points including a double fault from his Moscow-born opponent.

Karatsev then returned to top gear to serve out the final two points from deuce and give himself reason to believe that he could challenge again when the Australian Open begins on January 17.

Despite being unknown to most fans before last year’s edition, ATP Most Improved Player 2021 Karatsev went on a remarkable run that only ended when he lost to champion Djokovic in the final four.

The top seed enjoyed his second win of the week over a British player at the Ken Rosewall Arena, having beaten third seed Dan Evans to reach the final.

Karatsev will be the 18th seed at this year’s Australian Open, although that could change if top seed Djokovic’s bid to avoid deportation ahead of the tournament fails.