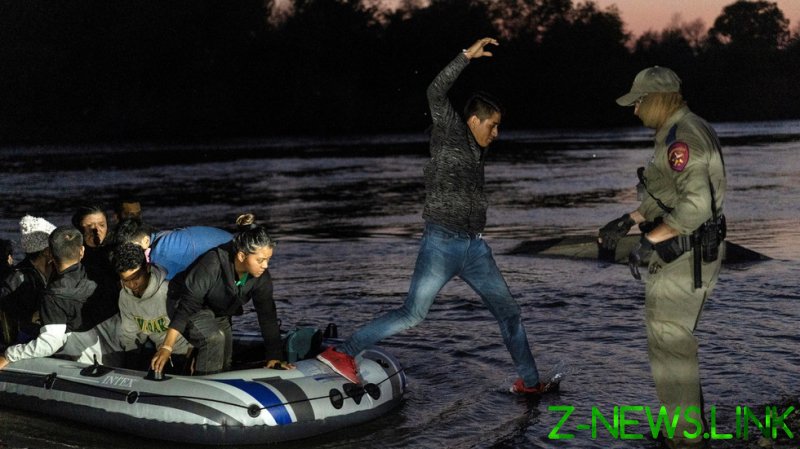 Jacobson “will retire from her role” at the end of April, national security advisor Jake Sullivan announced on Friday, explaining that she made a commitment to serve in the Biden administration’s first 100 days, and “underscored” their “commitment to reenergizing the US immigration system.”

Sullivan explained that Vice President Kamala Harris will take over the “whole-of-government approach” towards the border situation, implying that Jacobson’s duties as the “Special Assistant to the President and Coordinator for the Southwest Border at the National Security Council” have become redundant.

Earlier on Friday, however, Jacobson had given a round of media interviews, revealing to Reuters that the White House was considering cash payments to residents of Guatemala, Honduras and El Salvador to address “both the economic reasons people may be migrating, as well as the protection and security reasons.”

She couldn’t say how that would work, but said the US government “isn’t going to be handing out money or checks to people.”

In a short interview with the New York Times, Jacobson said the appointment of Harris “didn’t have anything to do with my decision” to resign and said “nobody could be more delighted” to see the VP take on the job.

Biden and Harris are seeking “an immigration system that is humane, orderly and safe,” she told the NYT, adding, “I leave optimistically. The policy direction is so clearly right for our country.”

Harris has yet to visit the border, however. On Thursday, the Customs and Border Patrol (CBP) shared a graph showing a surge of illegal crossings starting in January 2021 – when the Biden administration took office.

While repeating the Biden administration talking points about how all of this is normal, seasonal and due to natural disasters and poverty, the CBP also revealed that they “encountered over 172,000 persons attempting entry along the SW border” just in March, a 71% increase from February 2021.

Among them were 19,000 unaccompanied minors, the highest number in recent history, straining the capacity of both the CBP and other federal agencies such as Health and Human Services (HHS) to accommodate them. The White House has solicited a thousand volunteers from across the federal agencies – including NASA – for a four-month detail to help care for the migrants.

In his first – and so far only – press conference as president, Biden insisted the migrants weren’t coming because he was “a nice guy” but due to social, political and economic pressure that the US must address “root causes” of.

This was after Jacobson had told the White House press corps that the surge might be due to a “pent up demand” created by the Trump administration’s strict enforcement and that a “more humane policy” of Biden and Harris may be driving more people to make the “decision” to cross.

Jacobson was appointed by President Barack Obama as the US ambassador to Mexico in 2016, and resigned in May 2018 amid an impasse in US-Mexican relations. Mexican President Enrique Peña Nieto had just cancelled a planned visit to the US after a frosty phone call with his US counterpart Donald Trump, concerning the proposed wall on the border.

Democrats have denounced Trump’s wall as “immoral, xenophobic and racist” and Biden ordered its construction halted within days of taking office, but his administration is now reportedly considering filling in the “gaps” that are apparently inviting illegal crossings.