Home / WORLD / Kamala Harris says ‘NOT TODAY,’ laughs after being asked if she plans to visit crisis-riddled border

Kamala Harris says ‘NOT TODAY,’ laughs after being asked if she plans to visit crisis-riddled border 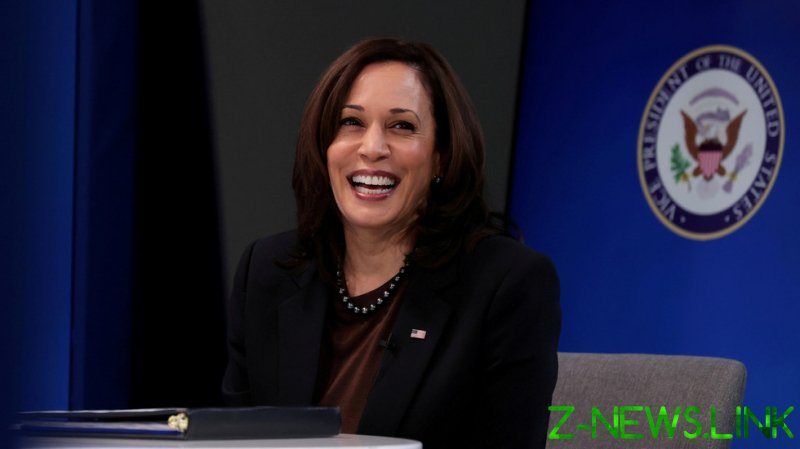 The exchange took place on Monday, as Harris spoke to reporters after arriving at Jacksonville International Airport in Florida on Air Force One. When asked about a potential trip to the border, she answered, “Um, not today” before letting out a laugh. “But I have before, and I’m sure I will again.”

The response came off as tone deaf at a time when the border faces a rapid influx of illegal immigration and deteriorating conditions at migrant detention facilities, only worsening since President Joe Biden took office in January and enacted policies incentivizing migrants to make the trek north. Harris’ comment also happened to come on the same day that both Axios and Project Veritas released photos showing the squalid conditions at holding centers for unaccompanied migrant children detained at the border.

Upward of 15,000 unaccompanied minor children are currently being held in US custody at the border, including more than 5,000 in temporary Customs and Border Protection (CBP) facilities that Texas Governor Greg Abbott called “unacceptable and inhumane.”

The Biden administration has resisted calling the situation a crisis. Pressed on the issue again at a press briefing on Monday, White House press secretary Jen Psaki called the child migrant debacle a “circumstance.”

The administration denied press credentials to reporters who sought to visit border facilities this week. Senator Ted Cruz (R-Texas), who called the Biden administration’s lack of transparency “outrageous and unacceptable,” said that he would lead a group of fifteen Senators on a trip to the border this week. He claimed that his request to bring media along was denied.

“It is unacceptable that the press is not allowed to join our delegation so that they can inform the American people about what is happening at our southern border,” Cruz wrote in a letter to Biden on Monday.

Critics on social media blasted Harris for her seemingly laughing off the issue.

A supporter of ex-President Donald Trump argued that the media does not hold Harris to the same standard as the former Republican president.

“No urgency, no crisis,” another commenter said. “If this was Trump, OMGEE, the breaking news goes all the way to the Milky Way.”