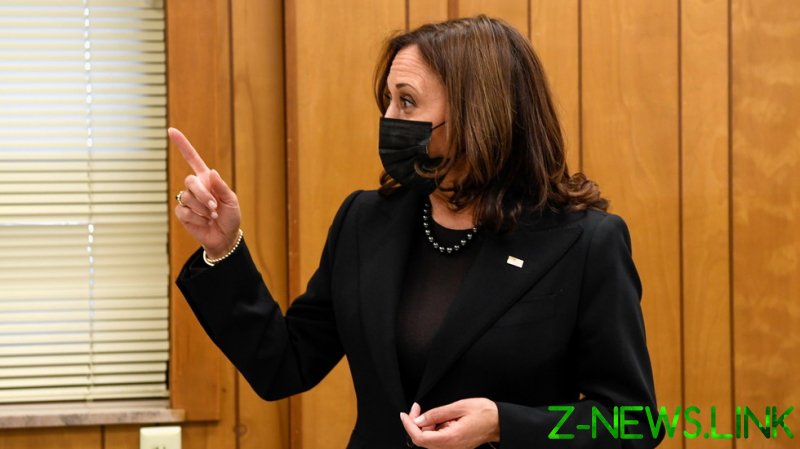 Harris said in a Friday public statement that there is “still more work to do” to improve the US justice system, a much harsher reaction than President Joe Biden’s initial comment that he “stands by the jury” and their not-guilty verdict. In a later statement, Biden described himself as “angered” and “concerned” with the decision by the jury.

Rittenhouse was found innocent on all charges against him this week, which include murder charges stemming from his shooting of three people in Kenosha, Wisconisn in August of 2020, two of whom died. Rittenhouse maintained he acted in self defense, and the jury found him innocent on all counts. The verdict did not sit well with the liberal commenters, many of whom have blasted Rittenhouse as a “white supremacist,” despite no evidence presented in favor of that claim during the trial.

Reacting to the verdict, Harris said she had spent the “majority” of her career trying to “make our criminal justice system more equitable.”

Critics were quick to remind Harris of the very past in the criminal justice system as a prosecutor that she references, one which became a main point of criticism during the 2020 presidential debates against the future vice president.

Many took to posting a snippet from a CNN debate where Tulsi Gabbard ripped Harris’ prosecutor past. It echoed accusations long lodged by critics, such as that Harris was overzealous in helping to incarcerate over 1,000 people for minor marijuana offenses, and that many defendants had been over-sentenced, allegedly to provide cheap labor to the state.

“What an irony that at the very time that the former rogue prosecutor Kamala Harris was acting president today a Kenosha jury rescued Kyle Rittenhouse from another rogue prosecutor,” reporter and author Miranda Devine tweeted, referring to presidential powers being briefly switched to Harris on Friday while the president received a routine colonoscopy.

In an August 2020 interview, Harris referred to Rittenhouse as a “shooter arrested for murder” and claimed “we will not let these vigilantes and extremists derail the path to justice” when speaking on Black Lives Matter protests turning violent in cities like Kenosha.