Home / WORLD / Kamala Harris may be AWOL as ‘border czar,’ but her children’s book is included in welcome kits being given to illegal alien kids

Kamala Harris may be AWOL as ‘border czar,’ but her children’s book is included in welcome kits being given to illegal alien kids 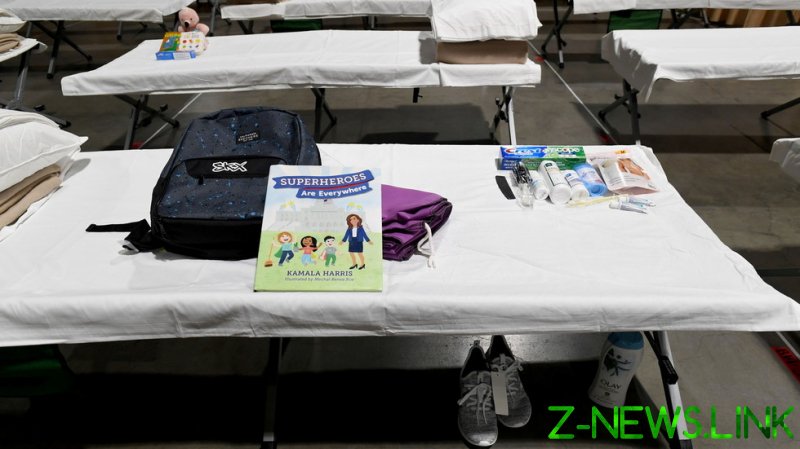 A Reuters news photo taken this week at a new shelter for unaccompanied migrant kids in Long Beach, California, shows a copy of “Superheroes Are Everywhere,” a children’s book written by Harris and published in 2019, along with toiletries, a backpack and other supplies laying on a cot. The image spurred another round of criticism on Saturday over the vice president’s puzzling role in addressing the border crisis.

Social media users speculated on whether the Biden administration is enriching Harris by buying copies of her book – it’s currently Amazon’s No. 1 seller in children’s political biographies – and suggested that Democrats are using it to indoctrinate child immigrants upon arrival. Others mocked the idea of putting the book in welcome kits, saying it’s a cruel way to incent migrants to return home.

The book issue came to light just as Harris faced renewed criticism over failing to take an active role in helping to address the border crisis. In fact, she hasn’t even visited the border or held a press conference on the issue since being appointed as “border czar” a month ago. The administration is struggling to cope with a record influx of unaccompanied minors – brought on by Biden’s policy of letting all migrant children stay in the country.

When Harris arrived in New Hampshire on Friday to promote Biden’s $2 trillion infrastructure plan, she was met by protestors waving signs saying, “Mexico – 2,254 miles” and “Stop the illegal invasion.” The New Hampshire Republican party tweeted that “our country would be better served with an official visit to our southern border, not a campaign trip.”

Texas Governor invited Harris to visit his state’s border with Mexico shortly after Biden appointed her to help lead the administration’s response to the crisis in late March. “Given your new role as the administration’s border czar, I urge you to visit the border to see the crisis for yourself, and I implore the Biden administration to take swift action to secure the border, crack down on human trafficking, and prevent more children from being trafficked and abused,” Abbott said in a letter to the vice president.

Harris was picked for the role just two days after being criticized for her response to a reporter who asked if she would be visiting to the border. “Um, not today,” she said, then cackled while nodding her head. “But I have before, and I’m sure I will again.” The scene came at a time when news outlets were broadcasting leaked photos showing children jammed into a shelter in conditions that Abbott called “unacceptable and inhumane.”

Poor communication may be at least partly to blame for confusion and controversy over the vice president’s role on the border. While Biden’s original announcement suggested that Harris would oversee the administration’s overall border response, White House press secretary Jen Psaki later said the vice president was heading up efforts to address “root causes” of the migration surge in the countries that immigrants were fleeing.