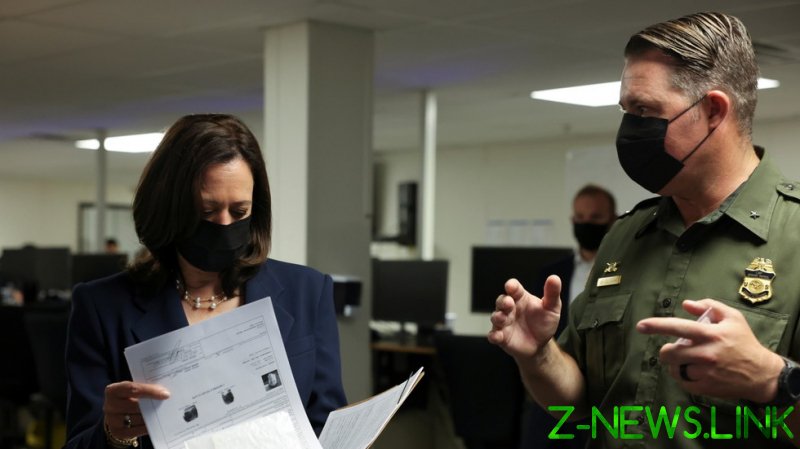 “I wish we had a border czar. We’ve had border czars under different administrations,” he added.

President Joe Biden put Harris in charge of the US-Mexico border in March, as the White House denied that hundreds of thousands of migrants crossing the Rio Grande and seeking asylum amounted to a “crisis.” Migrants have repeatedly told reporters that they were emboldened by Biden revoking his predecessor Donald Trump’s tough policies, but the new administration blamed a range of seasonal and long-standing issues, from poverty to climate change, for the influx, which by the end of September amounted to over 1.7 million people.

Cuellar represents the 28th congressional district of Texas, which stretches for about 215 miles along the Rio Grande and includes McAllen, Laredo and the eastern suburbs of San Antonio. He has been in office since 2004, and currently sits on Appropriations and Homeland Security committees.

It was Cuellar who provided the press with photographs of detention facilities for children in Donna, Texas earlier this year. Those accommodations were recently described as “Biden cages” by Republican Senator Ted Cruz at a tense Senate hearing.

Biden initially appointed former US ambassador to Mexico Roberta Jacobson as his ‘border czar’ in January, but she quit in April, shortly after Harris was tasked to oversee the portfolio.

Cuellar said on Wednesday he was working with Ken Salazar, the current US ambassador in Mexico City, to get the Mexican government’s help in securing the border.