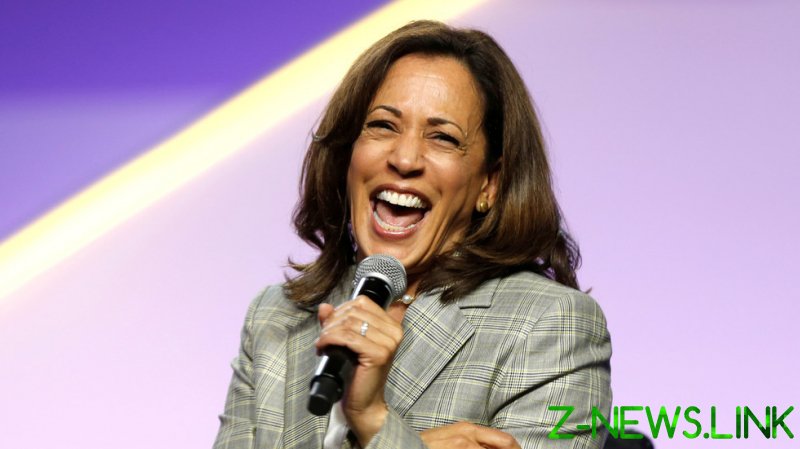 After floundering on the campaign trail and withdrawing from the presidential race in late 2019 with single-digit support, Kamala Harris was given a shot at redemption when Joe Biden announced her as his running mate last August. Biden had promised to choose a woman or person of color to run with him, and Harris ticked the requisite boxes and then some, becoming in November the first woman, black person, Indian-American, and biracial woman to take the vice presidency.

But all’s not well among voters wooed by her uber-diverse life story. According to a Politico article published on Tuesday, Asian-American voters are upset that she’s “focused more often on being the United States’ first black vice president than the first Asian American one.”

Harris has chatted to civil rights pioneers, visited sites monumental in the struggle against segregation, and granted exclusive interviews to news outlets with primarily black audiences. Now spokespeople for the Asian-American community have an exhaustive list of demands for her. Among those compiled by Politico are calls for her to “visit India, tout and celebrate Indian holidays at the vice president’s home, hire more Asian Americans in the White House and take on issues, including legal immigration, hate crimes and discrimination and Covid disparities.”

The line between “Indian” and “Asian” is blurred throughout Politico’s story, but the message is clear: Harris should broaden her pandering efforts to all the constituencies who claim her as their own.

Yet the nuts-and-bolts work of her vice presidency has left onlookers disappointed, and hungry for more. Tapped by Biden to resolve the unprecedented illegal immigration crisis at the Mexican border, she has yet to visit the frontier. Progressives who held their noses and voted for Biden in 2020 may have expected her to ‘push Biden left,’ but that hasn’t transpired, with Harris failing to act during a crucial moment of the recent progressive push for a $15 minimum wage, for example. Even a sympathetic profile in The Atlantic this week conceded that Harris and her team “tend to dismiss reporters.”

“Harris arrives somewhere with the plane and the motorcade and the Secret Service agents, makes a few mostly bland statements…then she’s quickly out of sight again,” the profile noted.

Furthermore, Harris apparently treats questions from the press as acts of “impish aggression.” Journalists whose reporting offends her identity and backstory are even put on a list of sorts, their offenses filed away and remembered by Harris.

“Harris herself tracks political players and reporters whom she thinks don’t fully understand her or appreciate her life experience,” the article states, referencing a 2019 incident in which a Washington Post journalist reported “screeching” from Harris’ Howard College sorority sisters at a Washington bookstore. As it turned out, the screeching noises were a sorority tradition, and the journalist was castigated by her in-the-know black colleagues. The reporter later apologized, but according to The Atlantic, Harris “often mentions” the incident.

“She continues to retreat behind talking points and platitudes in public,” but fumes when the press uses words like “‘Careful,’ ‘guarded’, and ‘hesitant’” to describe her, the article claims.

All of this doesn’t exactly bode well for Harris’ own presidential ambitions. Joe Biden will be 82 years old in 2024, and the rumors of cognitive decline that dogged him throughout the 2020 campaign will only be louder by the end of his term. Harris is ideally positioned to slide into the Democratic Party’s nomination, but not only will she have to pander to all of the identitarian subgroups she claims to represent, she’ll also have to engage with a press that she reportedly treats with disdain.

But perhaps her biggest obstacle will be a public that just doesn’t care enough about her, let alone “misunderstand” her identity.

“At times, she comes off as so uninteresting that television producers have started to wonder whether spending thousands of dollars to send people on trips with her is worthwhile, given how little usable material they get out of it,” reads an apparently unintentionally devastating put-down in the article.