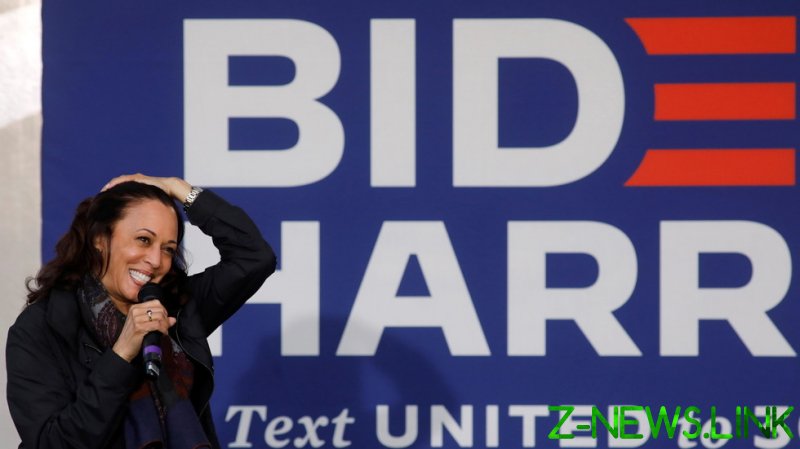 “Equality suggests, ‘Oh, everyone should get the same amount.’ The problem with that, not everybody’s starting out from the same place,” the senator says in her narration of the animated short film.

While she speaks, a white man and black man approach a mountain. The white man jumps onto a ladder, but the black man struggles because he is further down and cannot reach.

As she speaks, the ground below the black man begins blossoming and lifting him up until he can reach the ladder, which he climbs to the top of the mountain where he stands and watches the sun rise with the white man.

“Equitable treatment,” Harris argues, “means we all end up at the same place.”

While Harris’ video does not get specific about how “equitable treatment” would be enforced, let alone quantified, critics who have long accused her of having far-left politics are now openly accusing her of promoting Marxism and communism.

“If you’re voting for this to ‘save conservatism,’ you’re not saving conservatism. You are a useful idiot,” conservative author Ben Shapiro tweeted as a warning to ‘Never Trump’ Republicans casting their votes for Biden and Harris.

“It is one thing to sit out the election because you find both candidates unworthy of your vote. I get it. But to actively vote in favor of slightly-watered-down Marxism is another thing entirely,” Shapiro added.

Many Biden critics, including President Donald Trump and Vice President Mike Pence, have referred to the Democrat Party presidential nominee as a “Trojan horse” for radical liberalism, represented by Kamala Harris, who have been much further left than Biden in the past. On the other hand, Harris has also been slammed by more progressive Democrats as not being extreme enough in her positions and running a centrist Democrat.

Biden has tried distancing himself from accusations of being a socialist and radical liberal in recent weeks.

“I’m the guy that ran against the socialist, remember?” Biden told a town hall last month. “I got in trouble through the whole campaign, 20-some candidates – ‘Joe Biden was too centrist, too moderate, too straightforward.’ That was Joe Biden.”