Kaluga the clerk offered to send the unhappy citizens into hell 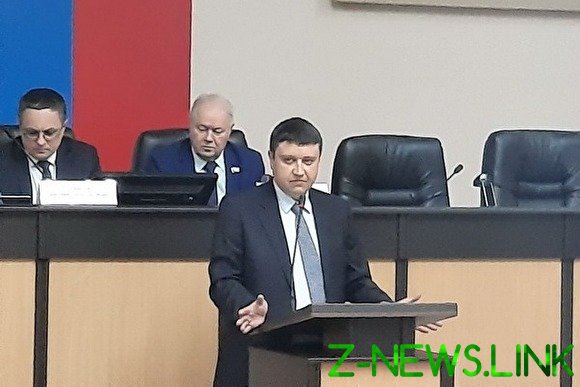 The new head of Economics and property relations of the Kaluga Vladimir Vasin, recently arrived from Moscow, was surprised the skeptical attitude of the citizens to the city. An official of Kaluga called “quiet delight”, he noted that he does not understand the reasons for talking about dirt and disorder.

“I suggest, but leaders antimania to find, combine, and <…> for the account of business of a city to send, for example, in a four-day, no more tourist trip to the city of Delhi in India” — quoted Vasin edition “Kaluga news”.

Delhi the official described as “a branch of hell on Earth”, sharing impressions of the trip to the capital of India. According to him, on his return to Russia from the airport he called his wife and asked her to prepare a large trash bag. On reaching his house, the officer took off all outerwear. “Shoes, clothes <…> That we all put in a bag, tied it, tied it to, God forbid, no it has not been opened, and brought in the trash. Do not burn steel. And once I went in the tub for hygiene. Here is the dirt. This is a disorder”, he concluded.

The head of Kaluga Dmitry Denisov comparison Vasina did not like he called them correctly. According to “AIF”, the mayor intends to hold an official conversation, he asked for forgiveness from the townspeople who words Vasina hurt.